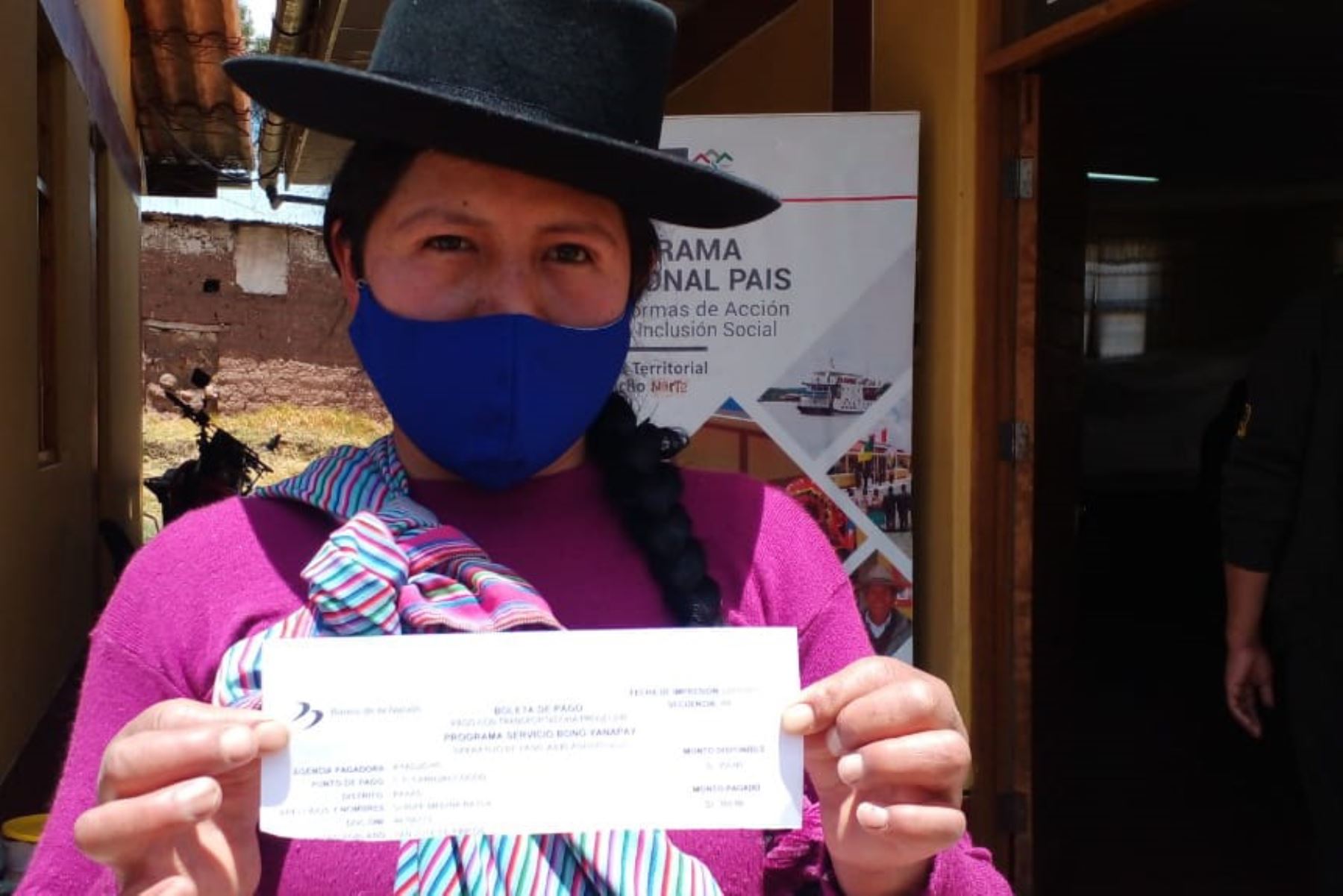 Until November 2, more than 5.3 million Peruvians already received the bonus of 350 soles from Yanapay Peru, almost half of the 13.5 million compatriots qualified to receive that economic subsidy and it is expected that in the first week of January next year would be ending with 100%, reported the executive director of the Pensión 65 program of the Ministry of Development and Social Inclusion (Midis), Mabel Gálvez.

The official recalled that the delivery of the voucher began on September 13 last and, for this, various payment methods were used, such as digital wallet, account payment, payment of beneficiary users of social programs and payment carts.

Likewise, he informed that the implementation of Yanapay demands an effort from the state for more than 5,000 million soles, of which they have already been made effective, around 3,000 million soles have been sent to the various financial entities.

“We estimate that in the first week of January we will finish delivering this subsidy, the largest in the country. There are 13.5 million Peruvians who are receiving it, corresponding to 7.9 million households, ”said Gálvez.

The Vice Minister of Social Benefits of the Midis, William Contreras, reported that, of the six million soles destined for the advertising of the Yanapay Peru bond, not a sol has been spent, thanks to the experience acquired from previous bonds and the support of the institutions involved in this process.

In addition, he informed that this November 5 the program of 100 million soles of support for common pots, created by the Government, through the municipalities, will be launched. The launch of this program, which will be attended by the President of the Republic, Pedro Castillo, will take place in the district of San Juan de Lurigancho.