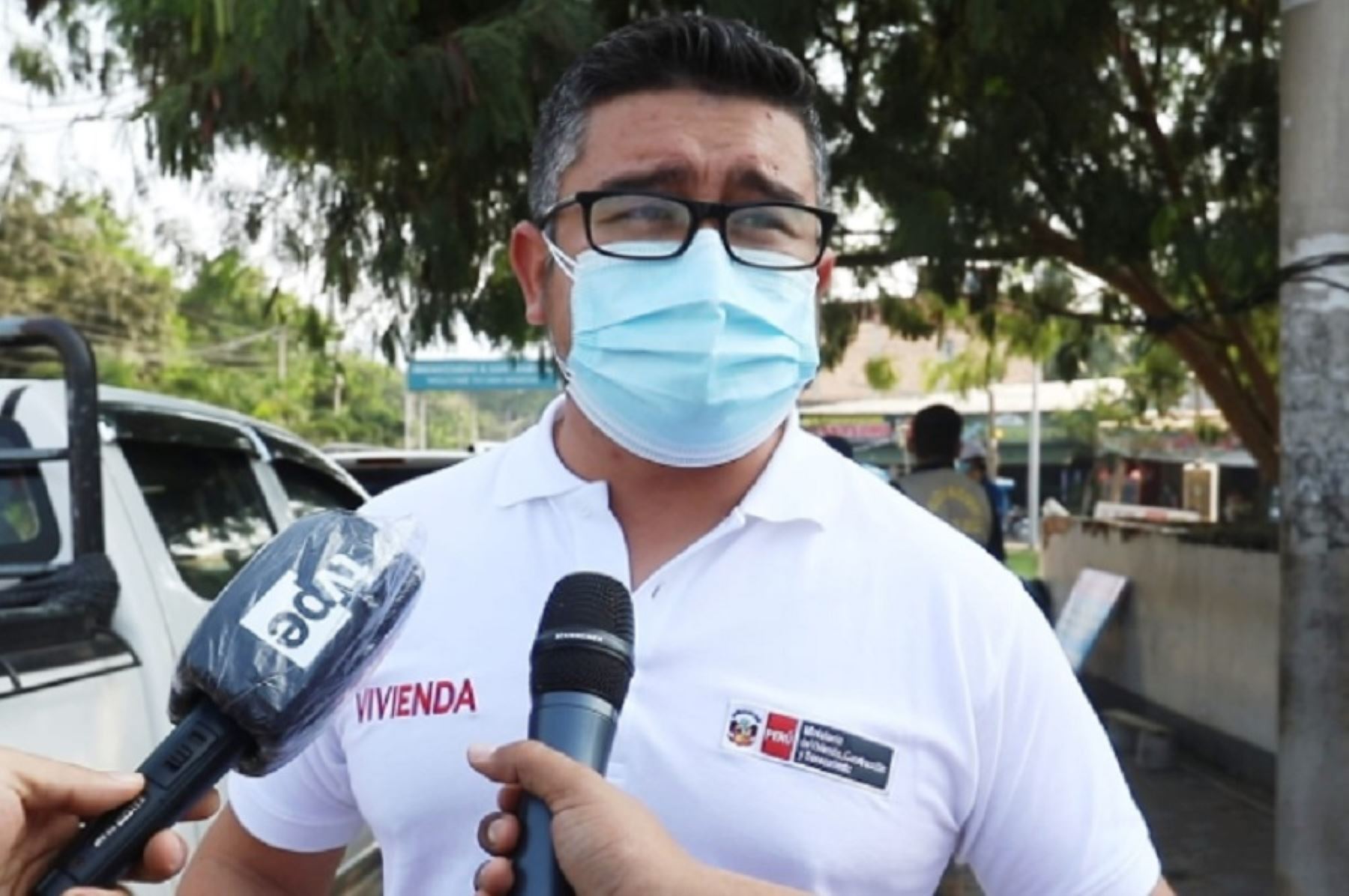 The Minister of Housing, Construction and Sanitation, Geiner Alvarado, announced that in the Lambayeque region there are 24 water, sanitation and urban infrastructure works in progress, which include an investment of 158 million soles.

It was during his participation in the decentralized session of the Housing and Construction Commission of the Congress of the Republic, held in the city of Chiclayo.

These projects are located in the provinces of Ferreñafe, Lambayeque and Chiclayo, said the Ministry of Housing, Construction and Sanitation (MVCS).

Of this set of works, 11 urban sanitation projects are being executed with an investment amount of 92 million soles and two of rural sanitation for 3 million, he said.

Likewise, 11 urban infrastructure works are being carried out at a cost of 63 million soles, it reported.

“Of this group of works, a total of six sanitation and neighborhood improvement projects are expected to be completed before the end of the year, the investment of which amounts to 15 million soles,” Minister Alvarado specified.

Likewise, he indicated that as of October of this year, the MVCS concluded the execution of 31 sanitation works and tracks and sidewalks, valued at about 52 million soles.

Of this group, nine correspond to urban sanitation works, three to rural sanitation and 19 to tracks and sidewalks, he added.

The minister also mentioned that so far this year, the sector promoted access to 4,122 homes in the region, with an investment of 192 million soles, through the Techo Propio program and the MiVivienda Credit. “This has contributed to the formal occupation of the land and to reduce the access gap to decent and safe housing in the region,” he said.

Regarding the titling of urban properties, as of September 2021, 444 properties were titled through Cofopri, with an investment of 360,000 soles, indicated the MVCS.

This contributed to the planned occupation of the territory and benefited families with the legal security of their properties, the increase in the value of their properties and the possibility of being able to use them to access a loan, he said.

At another time, Minister Alvarado reported that there is a co-financed private initiative project for the construction of a desalination plant in Lambayeque, which will involve an investment of 230 million soles, which will benefit 77,000 inhabitants and is in the planning and planning phase. programming.

He also mentioned that there is a wastewater treatment plant project in Lambayeque, with an investment of 489.6 million soles, which will benefit 626,000 inhabitants.

The project is a co-financed state initiative that is in the formulation phase and its viability is scheduled for March 2022, highlighted the MVCS.

The minister mentioned that these investments and projects require “the joint work of all officials of the different levels of government, regardless of the political flag.”

“When you work that way, the results are good. We work for Peruvians and not for a political party, “he stressed, and urged the congressmen to work as a team and prioritize citizens to see results.

The session is chaired by congressman Darwin Espinoza and congressmen María Acuña, Sigrid Bazán and Kira Alcarraz are present, indicated the MVCS.

In this way, Minister Alvarado fulfilled the double working day in the Lambayeque region.

Yesterday the head of the MVCS inaugurated works to improve neighborhoods in the districts of Pomalca and Santa Rosa, and went to José Leonardo Ortiz to inspect the state of the sewerage system in situ.