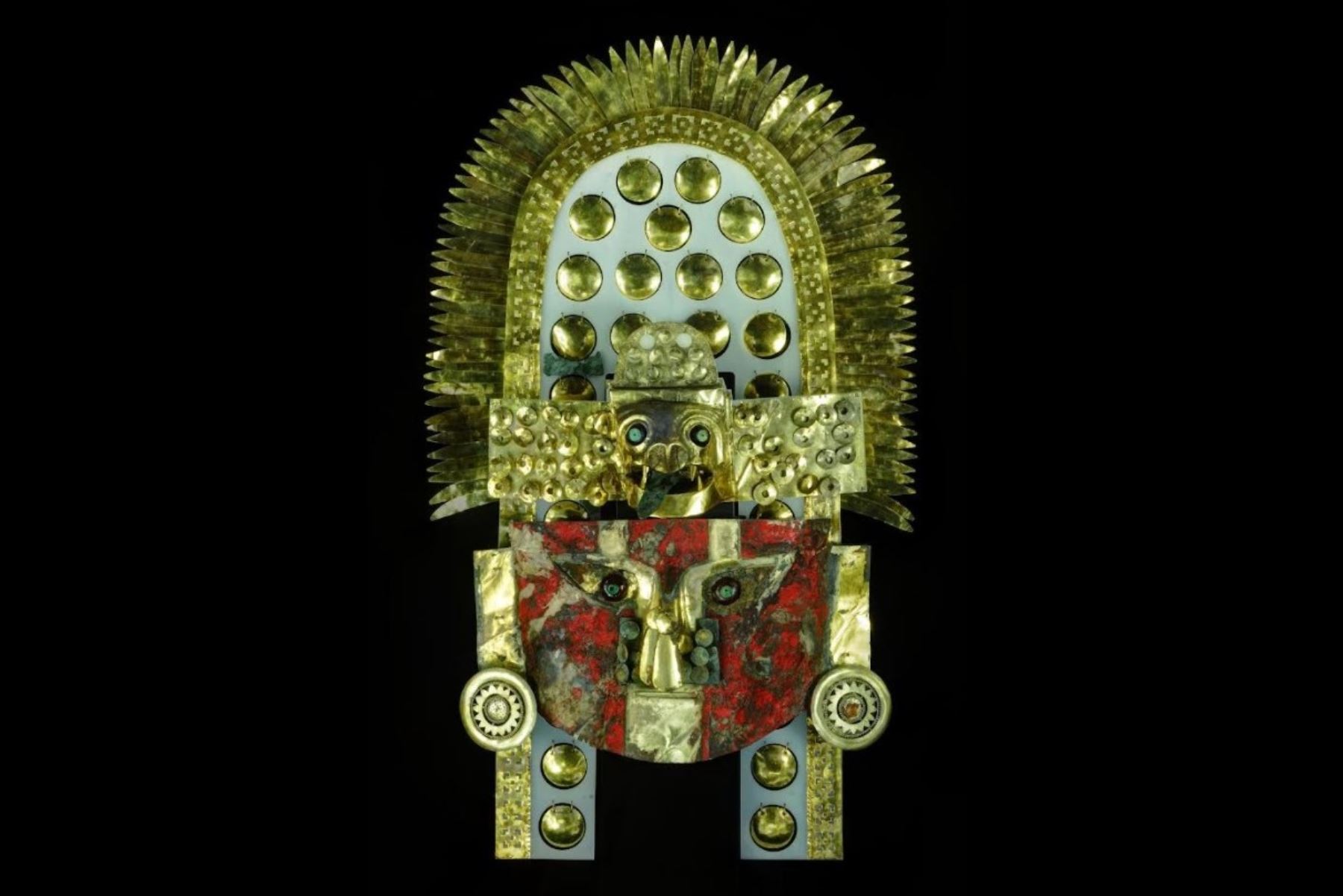 Why is there human blood and egg white on the mask of the Lord of Sicán? | News

Researchers from the University of Oxford (England) have discovered egg white and human blood in the red paint of the funerary mask of the Lord of Sicán, a ruler associated with the Middle Sicán period (900-1100 AD), which is exhibited in the National Museum of Sicán de Ferreñafe, in Lambayeque.

The director of the aforementioned museum, archaeologist Carlos Elera Arévalo, said that the new evidence will allow us to know the funeral practices of the Lambayeque or Sicán culture.

The investigation, led by Izumi Shimada, chemically analyzed a surface sample of the character’s mask from the East Tomb of Huaca El Oro, Elera explained.

With the results, it has been determined that the red paint – whose inorganic pigment was previously identified as cinnabar – also contains human blood and bird egg white, as a binder or means to fixate on the metal.

The details of a worldview

Based on this research, the study will be expanded to include other Sicán masks, in order to learn about new aspects of the worldview of the Lambayeque culture, to know who the blood belonged to and if there was a kinship between the elite members.

“We are coordinating with the head of the research, Professor Shimada, so that we understand a new aspect related to the world of beliefs (about what happens) after death; it is quite a novel material and it proposes new evidence ”, commented Elera Arévalo.

The researchers argue that these findings support the idea that the red paint represents the life force and the desire to be reborn.

Sicán and the marine world

The museum director added that the Sicán culture is closely linked to the marine world since waves and birds are repeatedly shown in religious iconography and are represented in tombs, metal objects, ceramics and textiles, among others.

He commented that the egg used in the red painting could be from a cormorant, patillo or booby, which is usually represented as a swooping bird in Sicán iconography.

In addition, he recalled that the legend of Naylamp, the story about the founding of the Lambayeque dynasty, tells that Naylamp’s mythical father was a seabird, which is why he maintains that there is a symbolic connection with funeral practices.

“There is a whole intention in (the construction of) the temples, mausoleums and the tombs (of Sicán) visualizing the west, where the island Lobos de Tierra is,” the archaeologist pointed out.

?? Ministry of Culture asks to suspend the auction of archaeological pieces of the Sicán, Paracas and Wari cultures that the Casa Christie’s in France intends to do https://t.co/IwSEBZ3PkF pic.twitter.com/ZO1vQWdNcq