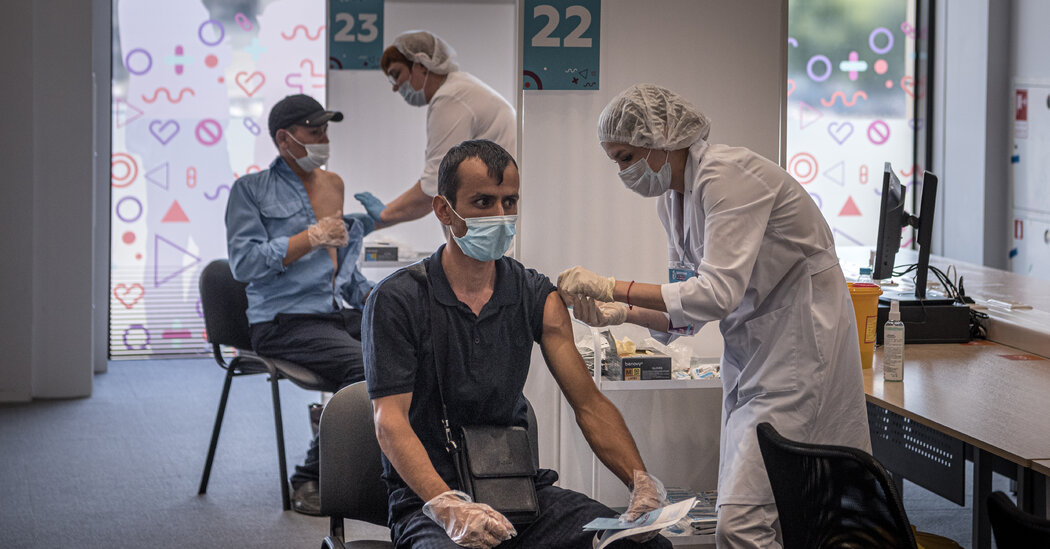 WHO delays assessment of Russia’s Sputnik vaccine over Ukraine war

Russia’s Sputnik V vaccine against the coronavirus will have to wait longer for a decision on emergency use authorization by the World Health Organization.

A WHO official said on Wednesday that the organization was forced to delay the evaluation process for the vaccine because of difficulties caused by Russia’s invasion of Ukraine.

“We had to go to Russia for inspection” on March 7, and these inspections were postponed to a later date,” said Dr. Mariangela Simo, Assistant Director-General of WHO at a press conference in Geneva. “The situation has affected the assessment, along with the inspection, “

Dr. Simo said barriers to booking flights and using credit cards in Russia while the agency’s inspectors were facing several issues. After Russian forces invaded Ukraine on 24 February, most Western countries closed their airspace to Russian aircraft, and MasterCard and Visa suspended operations in Russia.

Dr. Simo said that a new timetable would be prepared as soon as possible.

The two-dose Sputnik V was developed by the Gamalaya Research Institute, part of Russia’s Ministry of Health. Russia began distributing the vaccine in the fall of 2020, and regulators in more than 70 countries have approved it for use, according to the Russian Direct Investment Fund, which supports vaccine development.

But Sputnik V has not yet been approved by the EU’s main drug regulator or the World Health Organization. Russians and other travelers who have received the vaccine have found it difficult to enter the European Union or the United States.

See also  Economic relations between nations encourage peace. Or do they?

Although Russian President Vladimir V. Putin has called Sputnik a medical breakthrough, the country has repeatedly failed to follow international procedure and provided all the data foreign regulators need to assess the safety of a vaccine that has been extensively clinical. It was sent through trials to hasten its release. in the fall of 2020. An EU health official accused Russia’s government of repeatedly delaying inspections of Russian facilities. But Russian officials say delays in the approval process have been political.

The UN-backed COVAX program that distributes vaccines to low- and middle-income countries globally cannot use vaccines that are not approved by the WHO.

According to the Our World in Data project at the University of Oxford, almost half of Russian adults have been fully vaccinated.