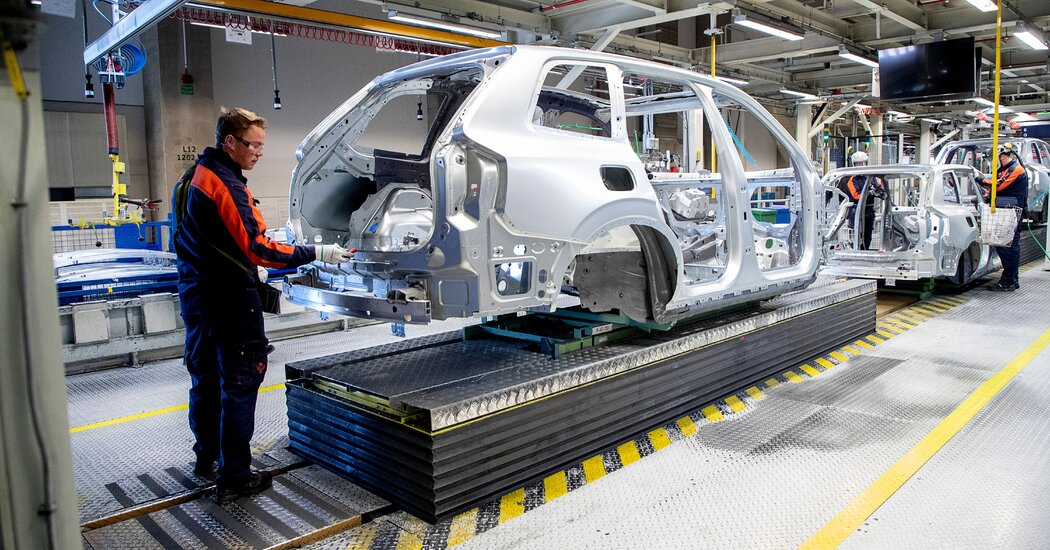 Volvo Cars said on Monday it would stop selling vehicles in Russia because of sanctions imposed by the United States and the European Union, and because doing business there had become too risky after the invasion of Ukraine.

The decision by the Swedish carmaker, which is owned by China’s Zhejiang Geely Holding, is an example of how businesses can leave the relatively small Russian market as international tensions continue to skyrocket after Ukraine’s invasion.

Volvo Cars, a separate company from Volvo Trucks, sold 9,300 vehicles in Russia last year, or about 1 percent of the automaker’s worldwide total. With an economy smaller than the state of New York, Russia is a market that many businesses decide they can do without in light of the increased risks.

“Considering the potential risks associated with trading material with Russia,” Volvo said in a statement on Monday, “including sanctions imposed by the European Union and the US, Volvo Cars will not deliver any cars to the Russian market until further notice.” “

The company’s decision is also notable because it is owned by a Chinese conglomerate. Chinese President Xi Jinping has been one of the few world leaders to maintain close political and economic ties with Russia and its President Vladimir V. Putin, while opposing US and EU sanctions imposed in response to the invasion.