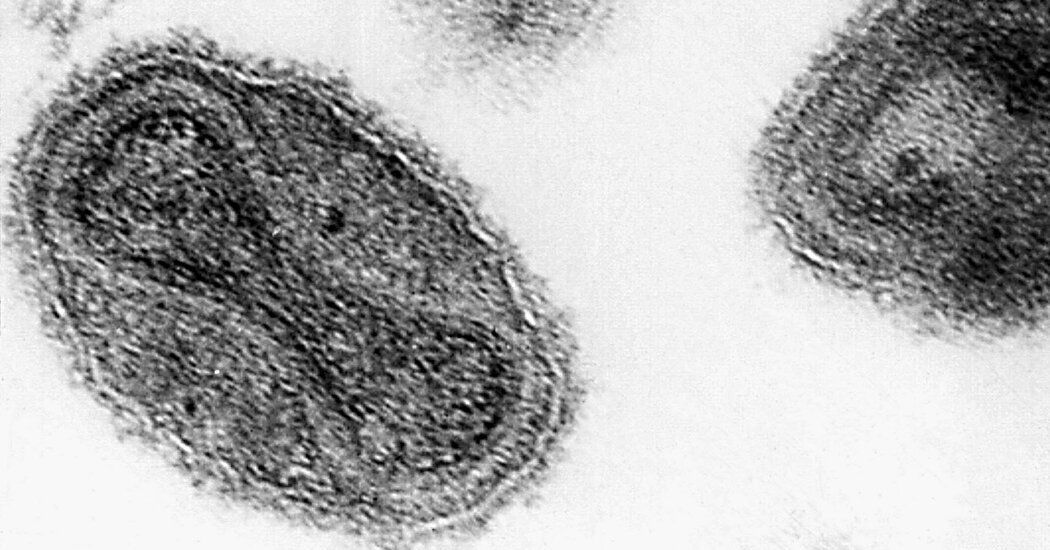 The Centers for Disease Control and Prevention is investigating the discovery of vials labeled “smallpox” at a laboratory in Pennsylvania, the health agency said Thursday.

“The frozen vials were “discovered by a laboratory worker while cleaning a freezer at a vaccine research facility in Pennsylvania,” CDC spokesman Belcy Gonzalez said in an email Thursday.

He said the CDC is working with law enforcement officials to examine the vials. The agency said the vials were intact.

“The laboratory worker who searched the vials was wearing gloves and a face mask,” she said. “There is no indication that anyone has been exposed to a small number of frozen vials. We will provide more details as they become available.”

The CDC did not say where in Pennsylvania the vials were discovered or how many were.

Mark O’Neill, a press secretary for the Pennsylvania Department of Health, said a “small number of vials” were found at a Merck facility in Montgomery County outside of Philadelphia.

Merck did not immediately respond to a request for comment on Thursday. Federal Bureau of Investigation Refers Inquiry to CDC

“The Pennsylvania Department of Health would like to emphasize that there is no known threat to public health and safety,” Mr O’Neill said. “As referenced by the CDC, there is no indication that anyone was exposed to the small number of frozen vials labeled ‘smallpox.

According to the CDC, smallpox, an infectious disease caused by the variola virus, has caused devastating outbreaks for centuries, with three out of every 10 cases proving fatal.

Symptoms include a very high fever and a blistering, progressive skin rash.

According to the World Health Organization, the virus claimed 300 million lives in the 20th century.

In the event of an outbreak, the CDC said, “there is enough smallpox vaccine to vaccinate every person in the United States.”

The agency said the last natural outbreak of smallpox in the United States was in 1949. According to WHO the last known natural case was in Somalia in 1977.

The WHO said there were two authorized stores of variola virus stock with the CDC in Atlanta and one Research Center in Russia. That year, six glass vials containing the smallpox virus were found in a storeroom at a government laboratory outside Washington. At the time, the CDC said there was no indication that lab workers or the public were exposed to the material.

The CDC said smallpox research in the United States has focused on the development of vaccines, drugs, and diagnostic tests to protect people from smallpox if it is used for bioterrorism.

Robert Glatter, an emergency physician at Lenox Hill Hospital in New York, said smallpox can be fatal “even after being freeze-dried.”

He added that because of its highly contagious nature, “the virus itself must be kept cold.” After several years at room temperature, he said, “it’s unlikely the virus will retain the ability to infect people.”

Dr. Glatter said there was debate as to whether governments should retain viral samples or eliminate all known copies of the virus.