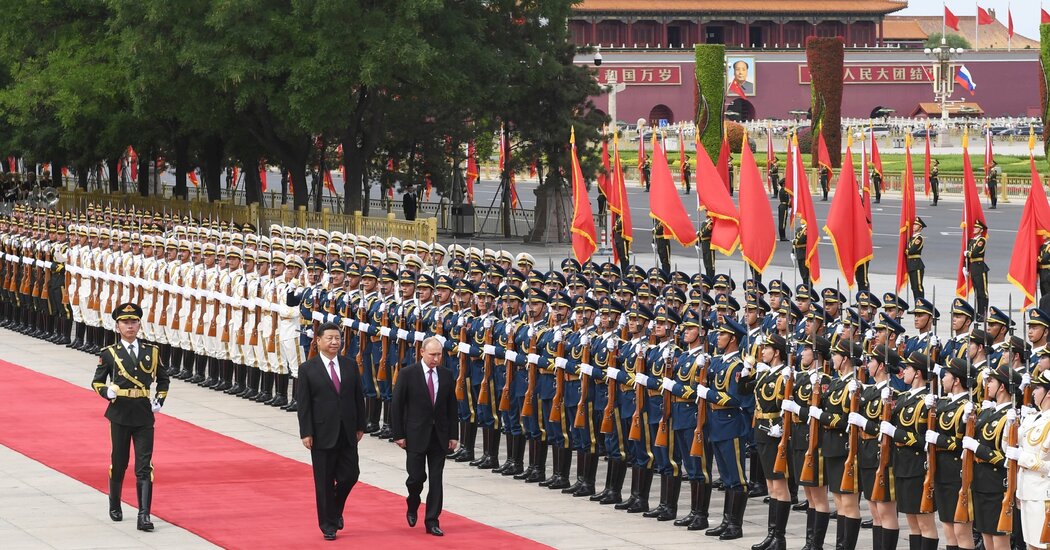 President Biden’s national security adviser met with a top Chinese official on Monday, warning against China offering military or economic aid to Russia as the Kremlin grapples with its invasion of Ukraine.

With its armed forces facing unforeseen difficulties in Ukraine and its economy badly damaged by international sanctions, Russia has requested aid from China, US officials said this weekend. Financial analysts have said Russia could default on its loans this week.

The national security adviser, Jake Sullivan, met for seven hours in Rome with Yang Jiechi, a member of the Communist Party’s Politburo and director of the party’s Foreign Affairs Commission. The White House is trying to oust one of the few potential allies of Russian President Vladimir V. Putin as his military ramps up its attacks on Kyiv and other Ukrainian cities.

State Department spokesman Ned Price said in a press briefing in Washington in response to questions about the Rome meeting, “We are very clear with Beijing privately and publicly with Beijing that this kind of support will have consequences.” “

The meeting took place “to clearly articulate our concerns”, he said, adding that “we will ensure that no country will be able to get away like this.”

Similarly, White House press secretary Jen Psaki said, “Any kind of support will have consequences.” Neither she nor Mr. Price elaborated on those results.

Administration officials have not said how China has responded to the Russian request, or whether any aid was offered or distributed.

Kremlin spokesman Dmitry Peskov denied Russia sought help from China, and Liu Pengyu, a spokesman for the Chinese embassy in Washington, said he had never heard of the request. “The current situation in Ukraine is really worrying,” he said, adding that Beijing wanted to see a peaceful solution.

While Monday’s meeting was scheduled long before Russia’s February 24 invasion of Ukraine, it was just after US officials disclosed that they had received intelligence that Russia had sought military help in its invasion, perhaps Including Chinese-made drones and intelligence support.