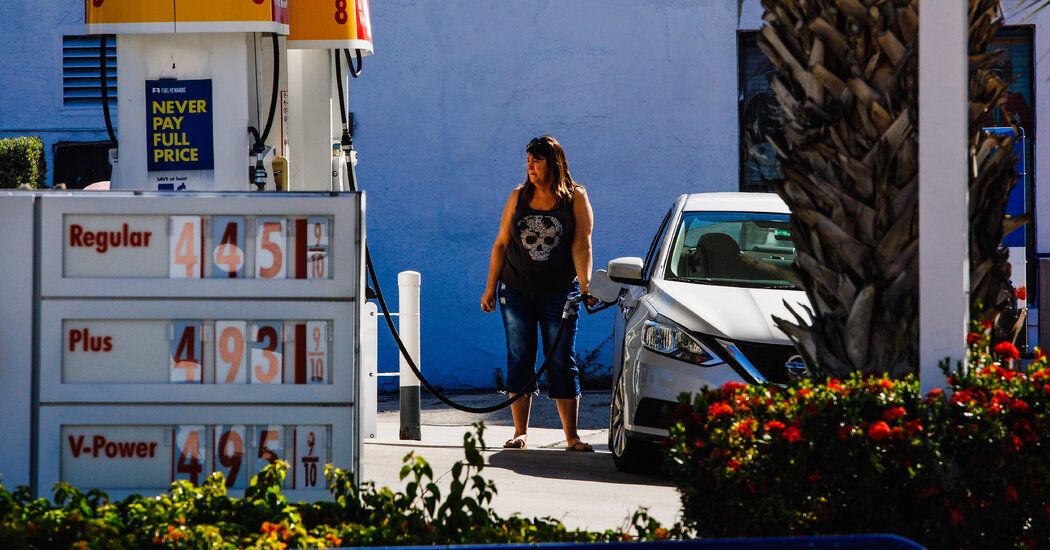 Gas prices, which have been rising steadily for weeks due to escalating conflict in Ukraine, hit a record in the United States on Tuesday.

According to AAA, the average price of a gallon of regular gasoline reached $4.173 on Tuesday, surpassing the previous high in July 2008, when the national average was $4.114. Tuesday’s average represents an increase of about 72 cents compared to a month ago, which includes about 55 cents in the previous week. Prices are not adjusted for inflation.

President Biden on Tuesday announced a ban on imports of Russian energy into the United States. Russia is a major producer of oil and natural gas, and Western countries were avoiding Russia’s energy sector when imposing sanctions, out of the potential economic pain it could bring home. But Mr. Biden was under increasing pressure from Congress to cut Russian oil.

American consumers are feeling the pressure, although the United States imports relatively little oil directly from Russia. In California, prices for some types of gas in the past were around $6; The state average was more than $5 on Tuesday. Mr Biden has tried to bind Americans to sticker shock. In a press briefing in February before Russia’s invasion of Ukraine, he said: “I will not pretend it will be painless.”

But Americans still can’t prepare for the numbers they see at the pump. While some analysts expect extreme prices to be short-lived — and although gas costs make up a relatively small part of consumer spending — record-high prices could have a major impact on the way the US economy is viewed. And inflation, which is rising at its fastest pace in 40 years, was a concern for many before the Russian invasion.