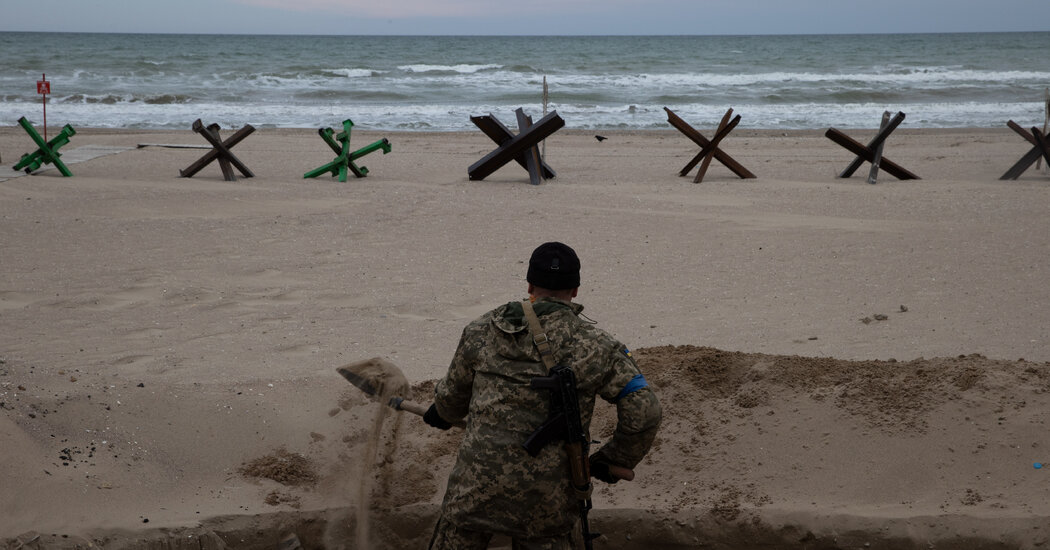 At least 10 people were killed in a Russian attack in Chernihiv, a city north of Kyiv that was subject to intense shelling by Russian troops seeking to storm the capital. Ukraine’s prosecutor general’s office said in a statement that the attack happened around 10 a.m. when people were standing at a grocery store. Photos released by the prosecutor’s office showed several bodies scattered around a dirt yard.

Using heavy artillery, cruise missiles and fighter jets, the Russian military systematically targeted civilian areas without a military presence, apartment buildings in cities and villages on a broad front across Ukraine’s north, east and south. Schools and hospitals have been attacked. The attacks may have killed thousands of civilians, although the exact number of dead is impossible to reach.

Saying it was “seriously concerned” by Russia’s use of force, the International Court of Justice on Wednesday ordered Russia to immediately suspend its military operations, pending a full review of a case submitted by Ukraine last month. However, this order did not expect any immediate cessation of the attack.

According to the United Nations, since the invasion began on February 24, at least 726 civilians, including 64 children, have been killed, although its figures do not include areas such as Kharkiv and Mariupol where fighting has been heaviest. In Mariupol alone, which has turned into a hell of burning and destroyed buildings, local officials say at least 2,400 have been killed, and perhaps more.

In Kharkiv, Ukraine’s second-largest city, the municipal emergency services agency reported on Wednesday for the first time that 500 civilians had been killed since the war began, but that number was revised to 100 later in the day. In any case, the agency said in the statement on Facebook, the true number of deaths could be much higher, given that emergency workers continued to scour the rubble of residential neighborhoods for more bodies, often engulfed in flames.

Western defense and intelligence agencies estimate that each side has killed thousands of fighters.

Mr Zelensky’s appeal to Congress on Wednesday was a desperate attempt to obtain weapons and defenses capable of deterring such attacks. Central to this appeal was a call to impose a no-fly zone on Ukraine, intended to deter Russian fighters, which cause some of the most serious death and destruction from operations in Ukrainian territory. “Shut down the skies” has become a rallying cry for Ukrainian officials and regular citizens.