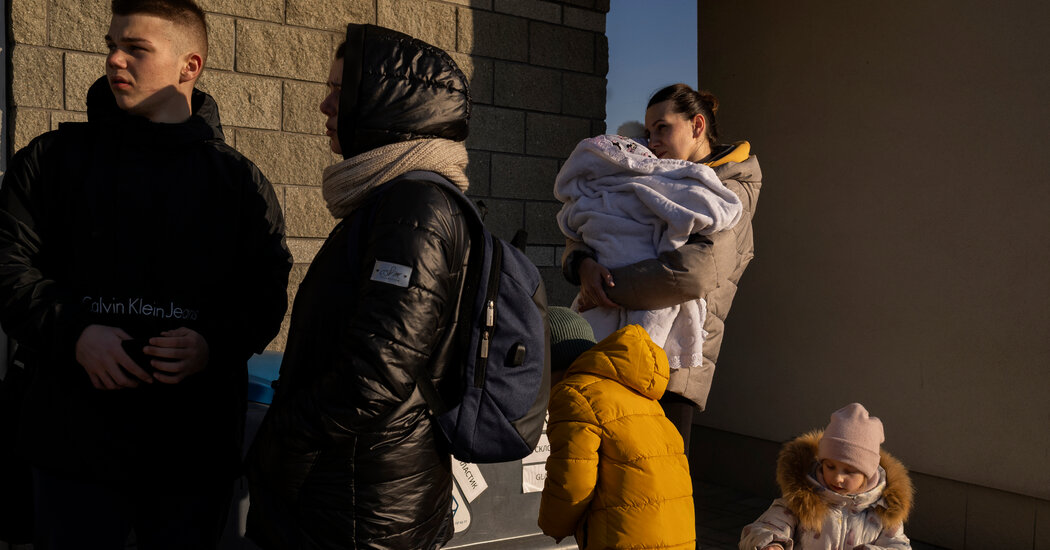 LONDON – As the humanitarian toll in Ukraine intensifies, the British government announced a program on Monday to sponsor Ukrainian refugees for British residents, Amid widespread criticism of the country’s limited routes for those fleeing the war.

Introduced three weeks after the invasion began, the programme, called “Home for Ukraine”, offers a new route for Ukrainian refugees to come to the UK, joining family members already living there. was limited to

The war in Ukraine resulted in what the United Nations described as the fastest growing refugee crisis since World War II. So far, 2.8 million refugees have fled the country, most of them moving to border countries such as Poland, Hungary and Slovakia.

But a growing crowd of critics, including MPs from Prime Minister Boris Johnson’s Conservative Party and opposition lawmakers, as well as French President Emmanuel Macron, have criticized Britain for not doing enough to help Ukraine’s refugees. In particular, rights groups have lamented the bureaucratic red tape required of those fleeing war.

Despite increasing eligibility for Ukrainians who could potentially come to the UK, the country still required visas, unlike countries in the European Union, which waived all visa requirements for those fleeing the war. That allowed him to stay for three years. ,

Starting Monday, people and organizations that do not know anyone personally fleeing Ukraine but want to sponsor someone can register their interest on the government website. And starting Friday, Ukrainians and their immediate family members who are already linked to specific people in the UK who are willing to sponsor them can apply for the programme, the government said.

UK Secretary of State for Leveling Up, Housing and Communities Michael Gove said there would be no limit to the number of Ukrainians entering the UK Through the new program and stressed the need to “reduce bureaucracy” and make the process as simple as possible.

“Our country has a long and proud history of supporting the most vulnerable,” Mr Gove said while announcing the plan before parliament, pointing to historic moments when refugees were brought to Britain. “The British people have already opened their hearts in many ways, I hope many will be able to open their homes as well.”

Opposition politicians were critical of the government’s approach. Opposition Labor MP Lisa Nandy said in response to this announced that, while he welcomed the expansion of the program to allow refugees, “a press release is not a plan, and we are really deeply concerned about the lack of urgency.”

“We are far behind the generosity of other countries,” she said, noting that the British government was already slow in issuing family scheme visas and now asking people fleeing the war to fill out 50 pages of documents online. people were needed.

As of Sunday afternoon, the Ukraine Family Scheme had received 17,100 applications and issued 4,000 visas, although it is unclear how many of those people have traveled to the UK so far, according to the latest government figures.