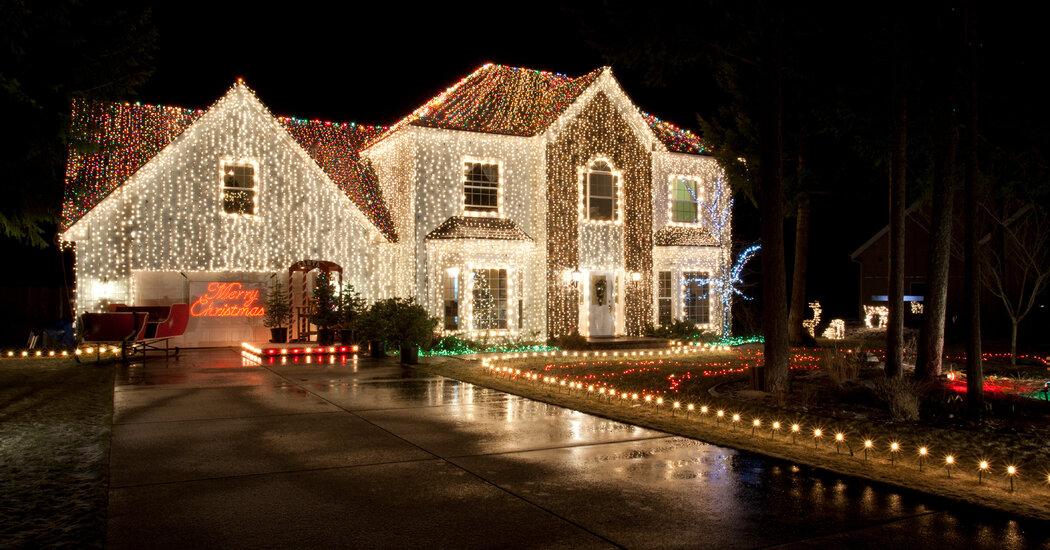 ‘Twas the Fight Before Christmas’ Review: A Not-So-Silent Night

If your holiday dinner table is seeing some heated debate this year, just cheer up if it doesn’t result in an actual scuffle, an armed standoff in front of Santa Claus.

So bad things get into the Apple Originals documentary “The Battle Before Christmas,” which chronicles how Jeremy Morris, an Idaho attorney, sued his neighborhood homeowners union, claiming religious discrimination by letting him hold his annual Christmas lights. refused to host. useless game.

Directed by Becky Reed, the film feels like a mundane depiction of neighborhood feud at first, with a play-by-play account of stern letters sent back and forth between Morris and the West Hayden Estates Homeowners Association. But once Morris decorates his home with more than 200,000 Christmas lights and orders a camel—yes, a live camel—in his front yard despite warnings not to do so, the stakes quickly rise.

Morris, who devours the screen in his on-camera interviews, has the tenacity of both a well-trained lawyer and an enthusiast, who establishes himself as a “miracle worker” who professes his Christian faith. Fully unable to practice, even if it makes life difficult. people around him. Also read interviews of several residents of West Hayden Estates, who participate in soft re-enactments of events that help to bring to light the absurdity of the conflict.

By the time the legal battle reaches its conclusion (for now), the film is set to hint at the greater political implications of Morris’ actions, with the lawyer expressing his desire to run for senator. One can’t help but wonder that Morris has already calculated the Christmas lights needed to cover the White House.