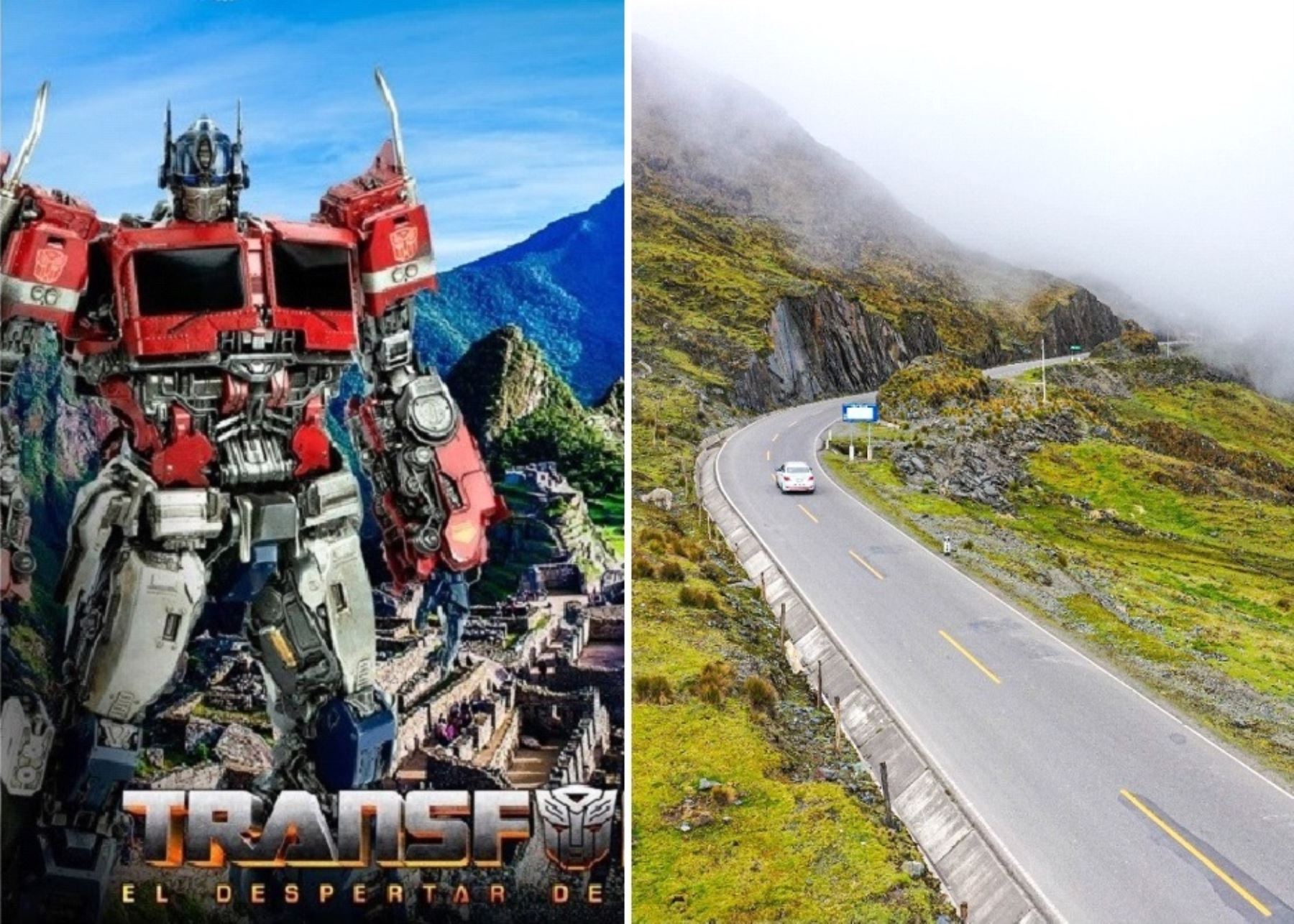 “Transformers” in Cusco: the Malaga Open will be the setting for new film scenes | News

The filming of the movie “Transformers: the awakening of the beasts” (“Transformers: Rise of the Beasts”) on the Cusco-Quillabamba highway will allow the improvement of the section located in the Malaga pass, highlighted the Ministry of Transport and Communications (MTC ).

After remembering that the filming of the “Transformers” saga includes the filming on highway 28B open Malaga-route Cusco-Quillabamba, the MTC specified that the aforementioned road will be used for production until November 12, in the section from km 89 (Piri) to km 173 (Alfamayo).

He also highlighted that with the support of the Thastayoc community, a film production team settled in the Malaga pass and agreed to carry out cleaning work in this natural viewpoint, more than 4,000 meters above sea level. For these tasks, around 40 community members from the area have been hired, which will also mean a direct income for the benefit of the population.

Mario Santos, president of the Thastayoc community, explained that the coordination with the film’s production team was carried out for two months and that the garbage collection is extremely necessary because it is a national highway with high traffic.

“We have met with the men from the filming for a long time, it has been two months since we have agreed with the community and they asked us to use this site as a parking lot for their equipment. The community has accepted and in this way we are working ”, said the leader.

During the traffic restriction, the public, private, cargo and passenger transport companies will be informed about the alternative routes that they can take, from 05:30 to 18:30, when this section of the road is used. On Sunday, November 7, the transit will be free.

The MTC indicated that all residents between kilometer 89 (Piri) and km 183 (Alfamayo) will have free access and emergency vehicles will be allowed at all times. In addition, the production team will have to comply with the recommendations made by Provías Nacional in the use of the road.

In this context, the community collaborates with the production team and awaits the premiere to be able to see the Peruvian landscapes on the screen. “We have never seen in life, we are just going to see what that movie ‘Transformers’ is like. So, for us it is history ”, assured Santos.

?? Learn about the successful coffee business that changed the lives of older Huánuco adults.