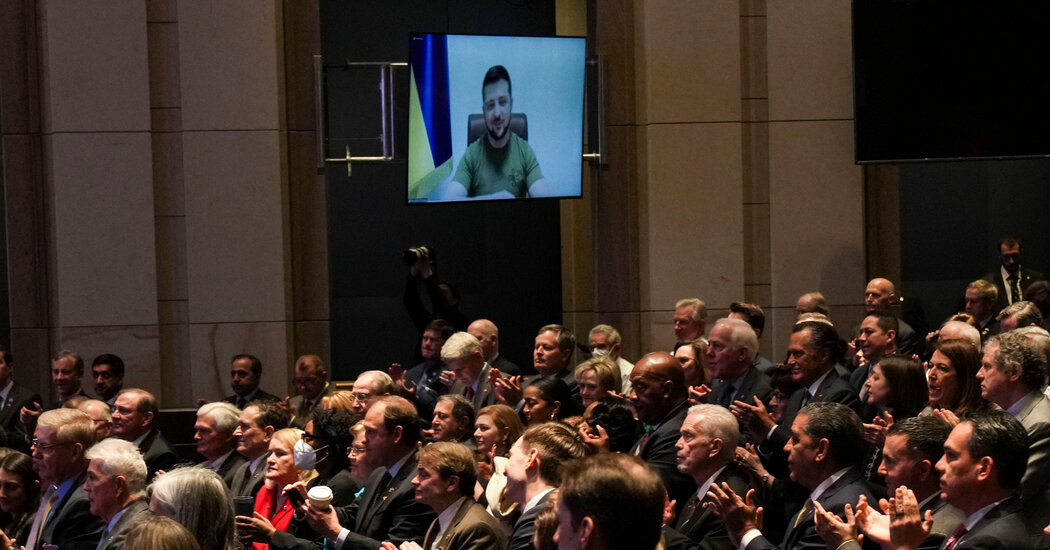 The destruction of our country, the destruction of Europe. All US ports to Russian goods should be closed. We- Peace is more important than income and we have to protect this principle all over the world. We have already become part of the Anti-War Coalition – a large anti-war coalition that unites dozens of countries, who reacted in principle to President Putin’s decision to invade our country – But we need to move on and do more.

We need to build new tools to react quickly and prevent war. Full-scale Russian invasion of Ukraine, which began on 24 February. And it would be fair if it ended in a day in 24 hours, that evil would be punished immediately. Today the world does not have such equipment. The wars of the past have inspired our predecessors to create institutions that can save us from war. But they don’t work unfortunately. We see it, you see it.

Contents hide
1 Russo-Ukraine war: the main things to know
2 Zelensky accepted American support as a moral imperative.
2.1 Share this:
2.2 Like this:
2.3 Related

So we need new, new institutions, new alliances, and we offer them. We propose to form a federation, U-24, United for Peace, a federation of responsible countries that has the strength and consciousness to stop conflicts immediately, if necessary, to provide all necessary assistance within 24 hours, even That weapon too, if necessary. Sanctions, humanitarian support, political support, finances, everything you need to save lives, to keep the peace and save the world quickly. In addition, such associations, such associations may provide assistance to people who are facing natural calamities, man-made calamities, those who have been victims of humanitarian crises or epidemics.

Remember how difficult it was to do the easiest thing in the world? Just to give vaccines, vaccines against covid to save lives, to prevent new strains. The world spent months, years doing such things to make sure that there is no human harm, no suffering. Ladies and gentlemen, Americans, if there was an alliance today that was under-24, we would have saved thousands of lives in our country, in many countries of the world.

Those who want peace, those who have to suffer inhuman destruction. I ask you to watch a video – a video of what Russian soldiers did in our country, in our country. We have to stop it. We must stop it, preventively destroy every single aggressor trying to subdue other nations. Please watch the video.

[After video plays, Mr. Zelensky resumes his speech in English.]

Invoking America’s own image as the leader of the free world, Mr. Zelensky argued that the United States had a moral duty to help defend Ukraine – indeed, any democracy under siege – even if He is not a member of NATO.

The appeal carried both sentimental and patriotic appeal to members of Congress, and was an excerpt from his address later cited by several lawmakers.