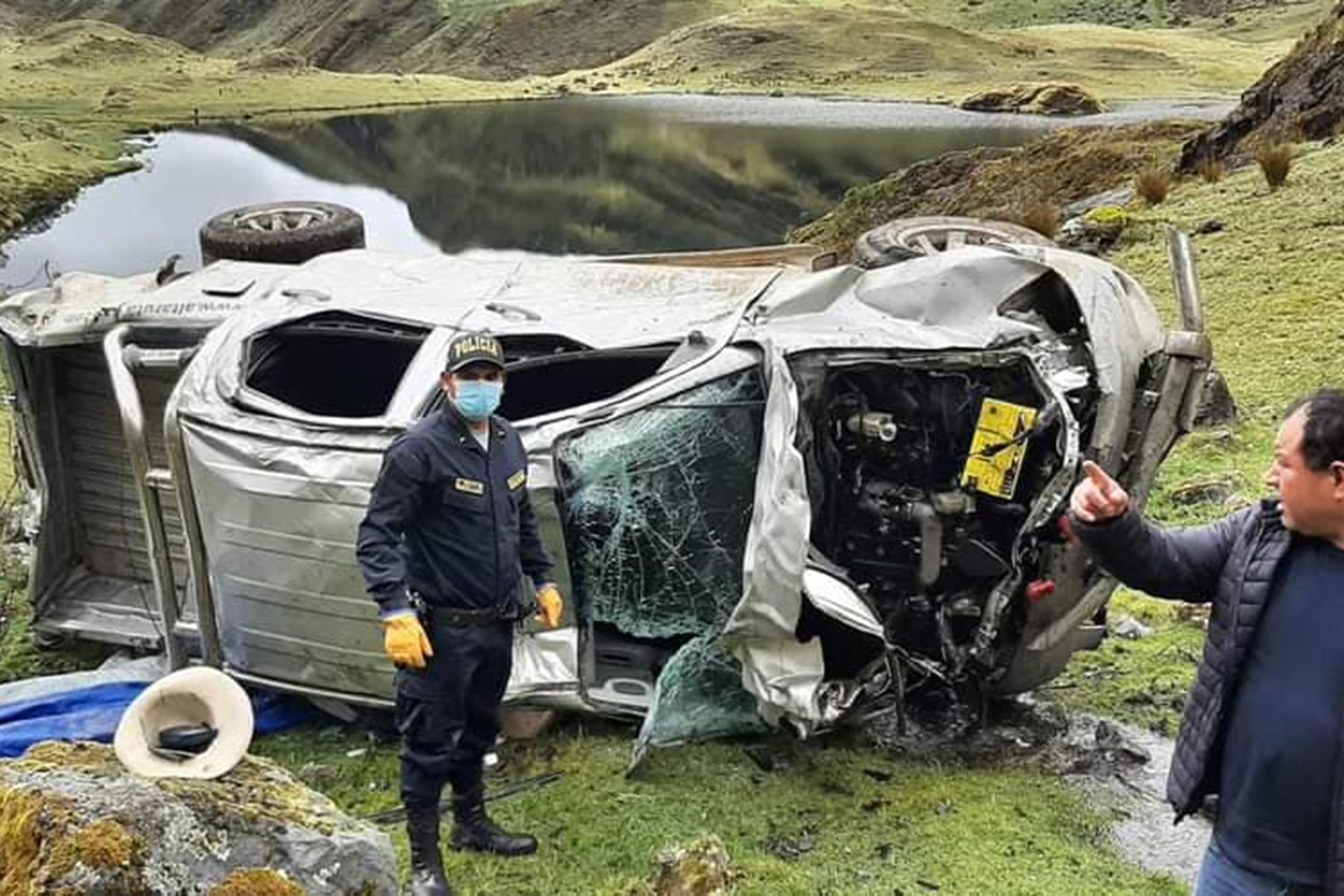 Tragedy in Áncash: vehicle falls into the abyss and two people die in Pomabamba | News

Two people died, among them the folk singer Nancy Bolo, and a minor was injured as a result of the misplacement and overturning of a vehicle that occurred today in the Pumacocha sector, Pomabamba province, in the highlands of the Ancash region.

For reasons that are still a matter of investigation, vehicle registration C9J-852 fell into a 180-meter abyss, near the Pumacocha lagoon, and two of its occupants died instantly.

Nancy Bolo de la Cruz (40) was a native of Sicsibamba, Ancash province of Sihuas. The driver of the vehicle identified as Hugo Blas Bedón (40) also lost his life.

One of the occupants of the damaged vehicle, Mario Martel Flores (47), was miraculously unharmed. Different is the situation of a 15-year-old adolescent, who is injured and was taken to the Pomabamba Support Hospital.

Members of the National Police, Citizen Security and Civil Defense agents from the provincial municipality of Pomabamba worked to help the wounded and recover the bodies.

The Public Ministry has ordered the beginning of an investigation to determine the causes of the accident, although It is presumed that it may have been due to the fog and rain that fall in this area of ​​the region.

See also  Minsa: more than 200 cases of rabies were registered between January and September 2021 | News