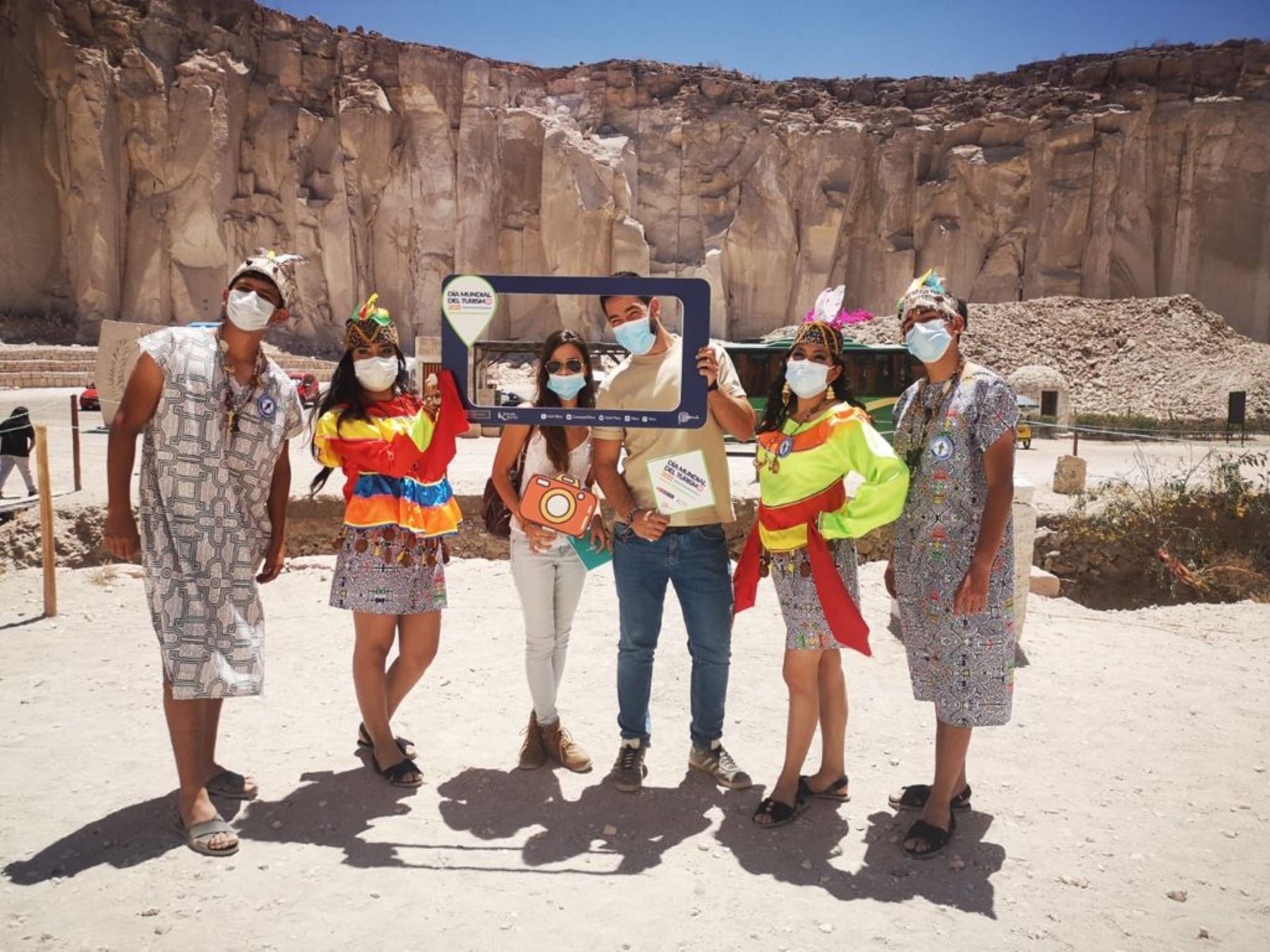 National and foreign tourists who arrived this morning at the Alfredo Rodríguez Ballón airport in Arequipa, were received with music and typical dances from the south of the country as World Tourism Day is remembered today.

The Visitors enjoyed the traditional Arequipa Carnival and the Diablada, a typical dance of the Puno region, the colorful and showy costumes captured the attention of tourists who did not hesitate to be photographed with the dancers.

The IPerú Office of PromPerú and the provincial municipality of Arequipa organized the colorful and joyful welcome to the tourists who arrived in the city this morning, with the aim of celebrating the World Tourism Day and promote the reactivation of tourism in times of pandemic.

This hubbub was also experienced in the canthers of sillar from Añashuayco, where tourists come to see the Ruta del Sillar; the Mirador de Carmen Alto, located in the Cayma district from where you can see the Arequipa countryside and Misti volcano.

At another time, the coordinator of the Arequipa IPerú Office, Yermet Murguía, reported that in recent months there has been a slight increase in tourist inquiries, the majority made by national tourists interested in knowing Arequipa, complying with biosafety protocols.

From January to date, IPerú has registered 3,278 tourist inquiries, of which 603 were made by foreign tourists, the majority from Europe and the United States.

The head of the tourist entity indicated that IPerú has two information points in Arequipa, one is located in the city’s Plaza de Armas and at the local airport.

Forest fire is now registered on the slopes of the Misti volcano, in Arequipa. https://t.co/km1F0ZTEu7 pic.twitter.com/m1bt0pxHOo