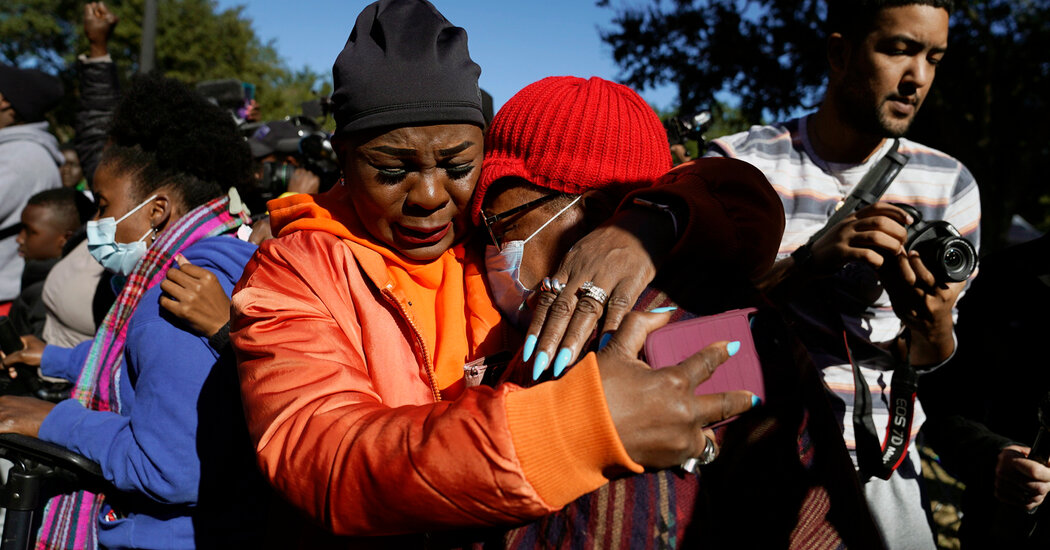 On the day of the shooting, a neighbor across the street saw Mr Arbery in the house and called the police. Mr. Arbery soon left the house and ran into the street. Gregory McMichael saw him and jumped into a truck with his son and followed. Moments later, the third defendant, Mr. Brian, also began pursuing Mr. Arbery.

At trial, defense attorneys tried to show that the men were acting on that day under a “duty and responsibility” to detain a man they felt they had reasonable grounds to believe. The grounds were, as was Robert Rubin, Travis McMichael’s lawyer. , keep this. In his closing argument, an attorney for Gregory McMichael, Laura D. Hogg noted that Mr Arbery had previously been on the property and added that he had “became a recurring night intruder – and it is frightening and disturbing.”

Travis McMichael was the only defendant to take the stand. He told the court that he took out his shotgun during a chase because his US Coast Guard training had taught him that showing a weapon could reduce a potentially violent situation.

He testified that he believed he had little choice but to shoot Mr Arbery when they clashed. “It was clear that he was attacking me, that if he got the gun from me, it was a life or death situation,” he said. “So I shot.”

In her final arguments, the chief prosecutor, Ms Dunikoski, pushed back against the idea that an unarmed man running across the street would pose a threat to three people in a pair of pickup trucks, two of whom were armed.

The men began their attack on Mr Arbery, she said, “because he was a black man running down the street.”