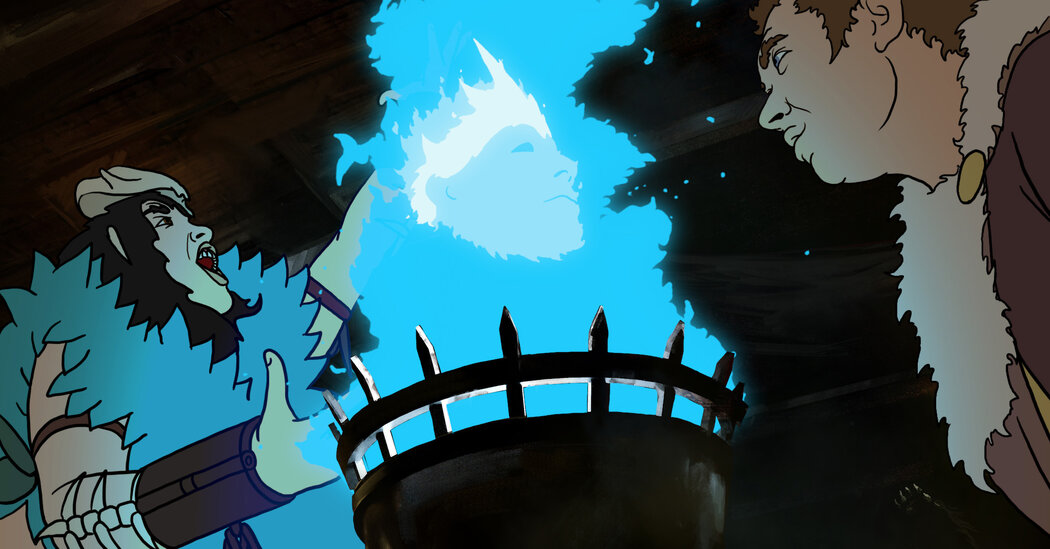 ‘The Spine of Night’ review: Cosmic forces at work

While there is a lot of material these days that could be described as “adult animation”, we are in the tradition started by the stoner semi-classics of the 1980s such as the sci-fi anthology “Heavy Metal” or Racy Sword. Don’t see much. -And the sorcerer saga “Fire and Ice.”

Of course, it’s not like there’s mainstream outrage for such fares. Still, the existence of “The Spine of Night” is a brazenly bloody series of intertwined stories about other cultures and eras, which is kind of likable. Co-directors, Philip Gelt and Morgan Galen King, who also penned the picture, are pitching in for a venerable dirtbag-nerd sensibility here.

The film hints at its commitment to nudity right off the bat, with its depiction of a witch warrior, Tzod (voiced by Lucy Lawless), running entirely up a snowy mountain, save for ceremonial ornaments. Once at the top, she meets the ghostly guardian (Richard E. Grant), who sees “Bloom”. It has a terrifying, perhaps cosmic power.

They relate to each other’s stories of the power of bloom. How it corrupted A medieval scholar became autocratic. And how the pursuit of knowledge often turns into greed. Some of the dialogue is surprisingly familiar to any Bond fan. “You pulled me out of the swamp to serve this place?” “No, I took you from the swamp to this place to die.” Hmm.

As philosophical as the film is, it’s mostly a brief history of dismemberment and bone-crushing. Alas, all the world-building filmmakers can’t count on much, if they don’t put it visually. And this heavily rotoscoped sight doesn’t get where it needs to be to get a real triptych. Not for nothing, the most visually effective sequence is made up of silhouettes.

backbone of the night
not evaluated. Running time: 1 hour 33 minutes. Available to rent or buy in theaters and on Apple TV, Google Play and other streaming platforms and pay TV operators.