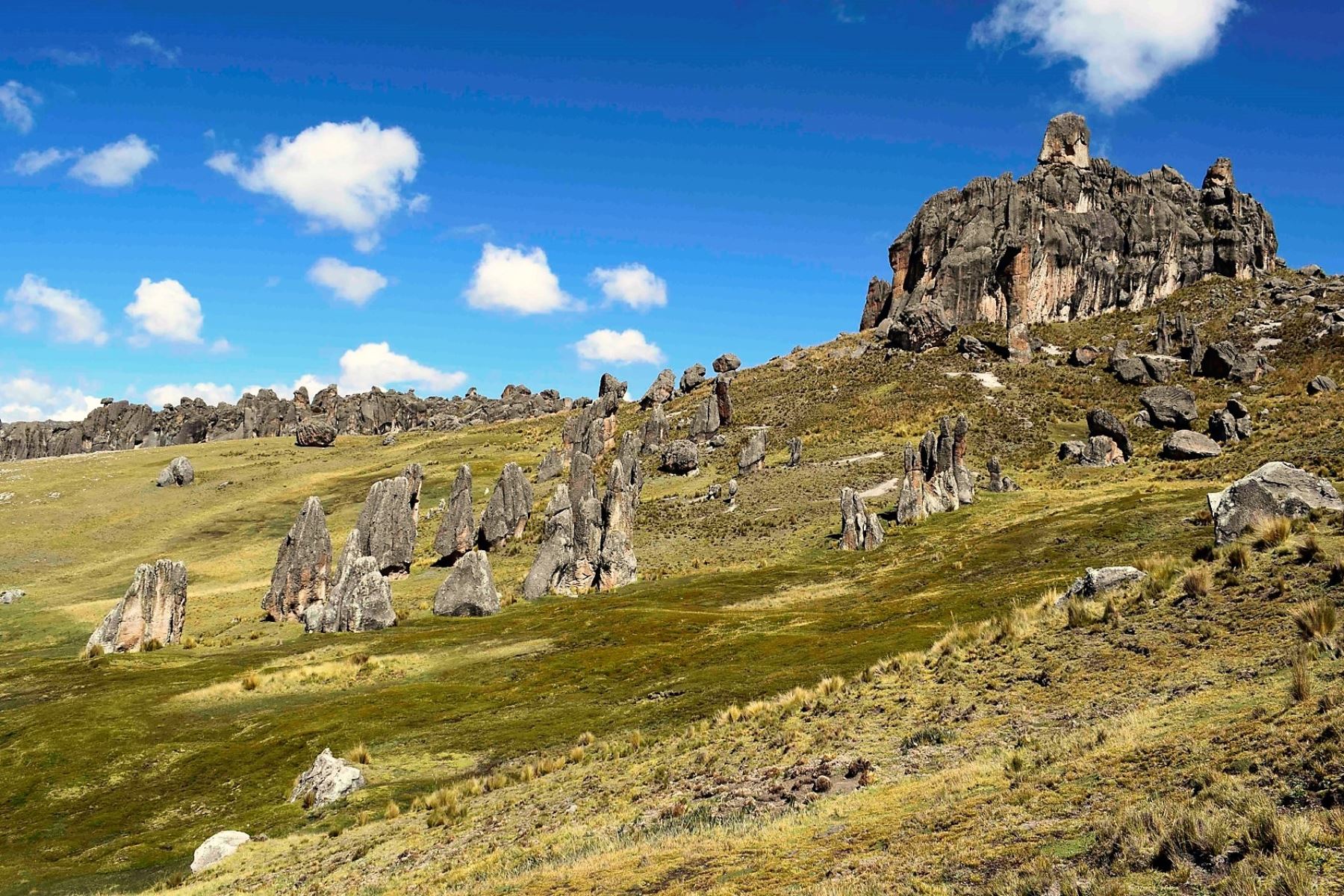 The most impressive stone forest in Huaylay, Peru | News | mcezone

Visiting the National Sanctuary of Huaylay is like traveling to another dimension within Peru. Through its impressive stone forest with figures defying the imagination, this open-air geological museum captures the spectacular whims of nature and the unique biodiversity of such a protected natural area.

The National Sanctuary of Huayllay, known as the “Wonder of Peru”, is located in the district of the same name in the Pasco region at an altitude of 4,100 to 4,600 meters above sea level.

Officially designated as a state-protected natural area on August 7, 1974, the National Sanctuary of Huayle covers an area of ​​6,815 hectares.

It should be noted that 90% of the rock formations found at this place are of volcanic origin and form rock forests of great beauty and uniqueness.

The main attraction is the animal shaped rocks found in the area. They take the shape of human forms of various animals such as cobra, elephant, bear, snail, tortoise, alpaca, and even tourist.

This group of rock formations of various shapes and sizes is located in the center of the Bomban Plain. The site includes various archaeological remains, such as cave paintings seen throughout the region, which number more than 500 and show the ancient relationship between humans and this unique ecosystem.

The landscape is adorned with many beautiful lagoons and hot springs.

The National Sanctuary of Huayllay is one of the best open-air geological museums in the world. Given its extent and formation, it is as interesting as the Garden of the Gods in the United States, or the Shilin (stone forest) in China.

See also  In about two years, 5,000 foreigners were evacuated from Peru. News | mcezone

This spectacular location was part of the national route taken by the torch of the Lima 2019 Pan American Games.