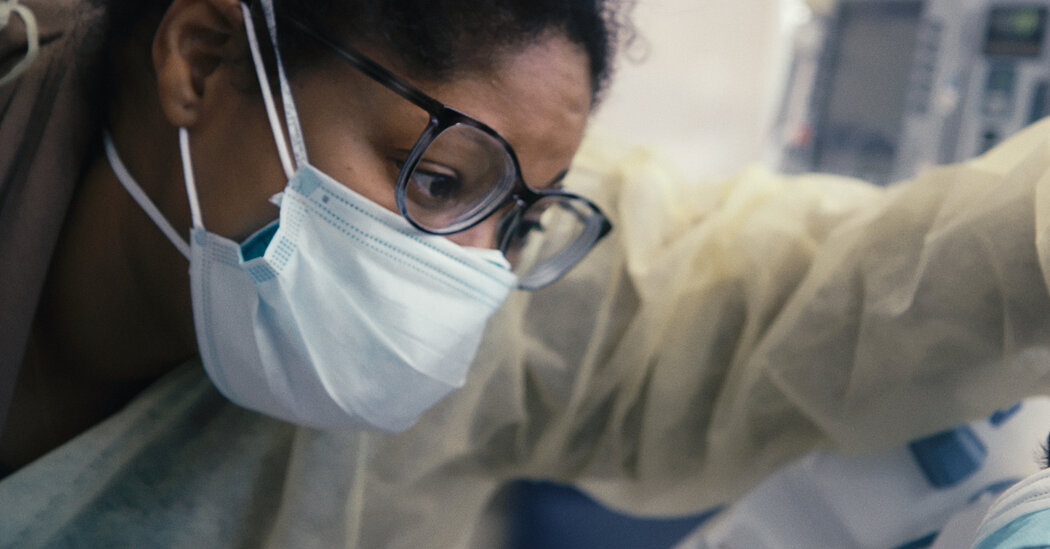 ‘The First Wave’ review: How to fight a virus

The documentary “The First Wave”, an intimate portrait of the first four months of the coronavirus pandemic in New York City, goes inside Long Island Jewish Medical Center in Queens, as doctors, nurses and patients attempt to battle a surge that threatens falls in excess of the capacity of the hospital

Director Matthew Heinemann (“Cartel Land,” “A Private War”) prefers a fly-on-the-wall style as he watches scenes in the hospital. It is clear that he was given a remarkable degree of complacency to make this documentary. The camera watches from the bedside of flat-lining patients as their doctors attempt to revive them. Heinemann pans closer to the intubated faces, and the audience sees the desperation of the patients who try until their last breath to expel the fluid from their lungs.

In the scenes that follow, the film’s central figure, Dr. Nathalie Douge, is overwhelmed by a new disease that doesn’t follow a familiar pattern. It is painful to see the degree of sadness that this film documents, even more so because the pandemic still continues.

Heinemann does not include talking heads to refer to the images presented, preferring to allow doctors and nurses to interpret the chaos around them. The deliberate lack of an outside perspective adds to the crushing atmosphere at the hospital. It is not a comprehensive portrait of diagnostics, treatment plans or even the political circumstances that led to such a fatal first surge. But the film manages to offer an on-the-ground view of how it feels inside a hospital in the spring of 2020. It was tragic, death was everywhere and there was no end in sight.