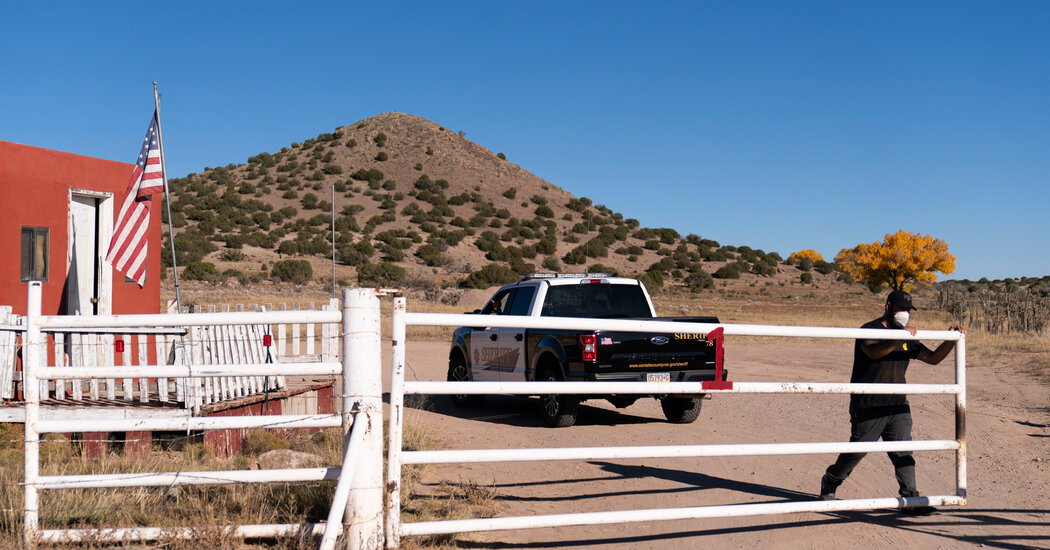 The district attorney previously said he did not rule out criminal charges.

Santa Fe County’s district attorney said Tuesday that she was not ruling out criminal charges in last week’s fatal shooting.

“We haven’t ruled out anything,” the district attorney, Mary Carmack-Altweiss, said in a telephone interview. “Everything, including criminal charges, is on the table at this point.”

Ms Carmack-Altweiss said the investigation was focusing on ballistics to determine what kind of round was in the gun, which killed cinematographer Halina Hutchins – and who had placed the ammunition in the gun.

“There were a huge amount of bullets on this set, and we need to find out what kind they were,” said Ms Carmack-Altweiss.

Ms Carmack-Altweiss said detectives were still questioning people on set. “It’s probably weeks, if not months, for follow-up investigations we need to charge.”

Ms Carmack-Altweis took issue with the description of the firearm used in the incident as “prop-gun”, saying that the terminology, which is used in some court documents related to the case, may give the misleading impression that it was Not a real gun.

“It was a legitimate gun,” she said, without naming specifically what kind of firearm was used. “It was the appropriate gun of an ancient era.”

Ms Carmack-Altweis said she was aware of news reports suggesting that crew members had used guns with live ammunition for target practice hours before the fatal shooting, but added that the report ” unconfirmed”.

Ms Carmack-Altweiss described the case as one of the most challenging in Santa Fe County in recent memory.

See also  The company that produced 'Parasite' has bought the scripted content arm of Endeavor.