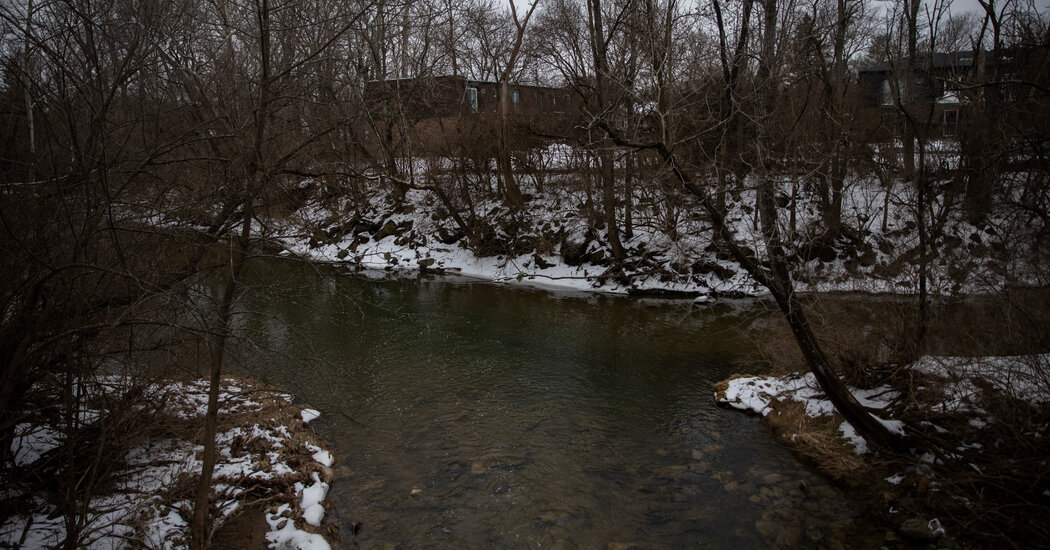 The creek, once overlooked, is now seen as an asset for urban renewal.

The Federal Emergency Management Agency publishes maps outlining 100-year and 500-year flood levels, but Mr Baker said even those maps did not go far enough. There is an inherent tension, he said, because people are drawn to the water, and developers are likely to follow.

“And developers love creek land because it’s often low-priced,” said Mr Baker, author of “The Creeks Will Rise,” which explains how people and streams can coexist.

And as communities turn to their bay for redevelopment, those properties come with a price due to the increased risk of extreme weather.

“The past is no longer the prelude,” said Mr Baker, adding that just because a stream hasn’t come past its shores doesn’t mean it won’t one day.

In Lincoln, Neb., where Salt Creek meanders through the city, developers are considering some prime parcels of land for development. Ben Higgins, the city’s recently retired storm water superintendent, worries about putting too much in harm’s way, a sentiment echoed by the business community.

Salt Creek is no deeper than two feet in most places. But in May 2015, a typhoon over the Salt Creek Basin sent it nearly to record lows and within an inch of sweeping away a pedestrian bridge. Lincoln built several dams in the 1960s to protect the city from 50-year floods, but Salt Creek has suffered several bouts of “50-year floods” over the past 50 years. In May 2015, when the creek was 2.28 feet high, it was considered a 100-year flood.

“Climate change could change the legal boundary of a floodplain,” said University of Nebraska-Lincoln professor Zhenghong Tang, who has worked with the city on urban planning and flood control issues. “I think some companies are thinking very adaptively and strategically, especially the big national chains, when it comes to manufacturing. Still, the locals are sometimes not.”