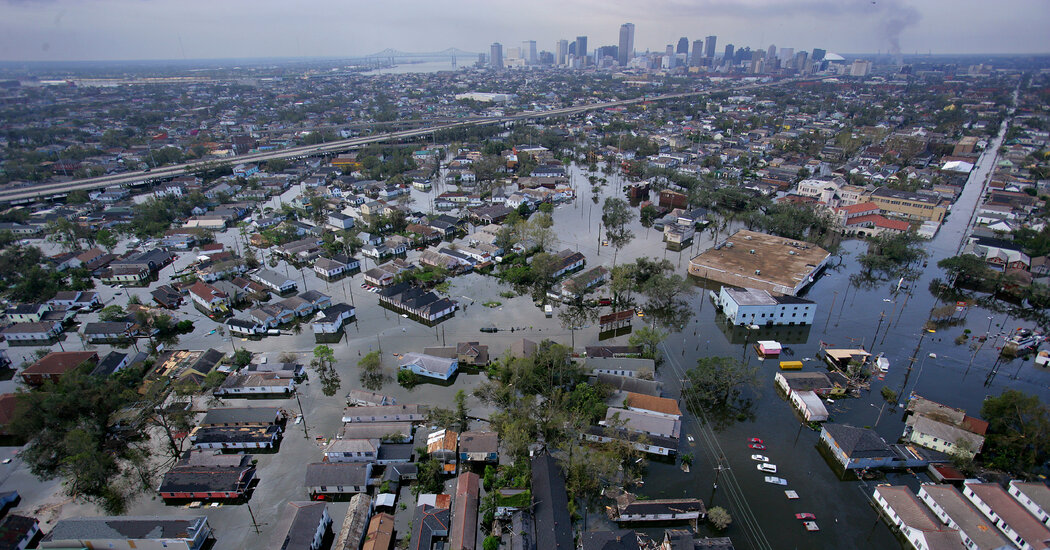 The Archdiocese of New Orleans has agreed to pay more than $1 million to the federal government to resolve allegations that it filed false claims for disaster relief funds after Hurricane Katrina, amid a rising tide of the past. The year dealt another blow to a beleaguered institution that filed for bankruptcy. from allegations of sexual abuse.

The allegation, part of a whistle-blower lawsuit filed by a former employee of an engineering firm, claims that the archdiocese received at least $46 million in fraudulent aid from the Federal Emergency Management Agency after the city was devastated by Katrina in 2005. Happened.

The diocese is one of several New Orleans institutions, including Xavier University, which worked with AECOM, an engineering firm, after the storm. The company’s former project manager, Robert Romero, filed a whistle-blower lawsuit in 2016, accusing the firm of exaggerating repair estimates for the archdiocese and others.

The suit states that FEMA paid the archdiocese $10 million more to replace the school cafeteria building, which only needed repairs, and $36 million for two assisted living buildings, the archdiocese said. They only sustained wind damage when the upper floors had suffered devastating flood damage.

The archdiocese has previously denied those allegations, but declined to comment Tuesday on a settlement with the government that did not require it to participate in the fraud. The settlement, which was approved by a federal judge as part of bankruptcy proceedings for the archdiocese, was first reported by NOLA.com and announced by the Justice Department on Monday.

See also  11 people injured in collision between bus and vehicle in Arkansas, USA

Javier previously agreed to pay $12 million to settle charges against it, the Justice Department said, and the lawsuit against AECOM is ongoing. The firm declined to comment on Tuesday, but had previously said it would “strongly defend” its work.

The federal government joined Mr Romero’s complaint in 2020 and later included the Louisiana Department of Education as a defendant, alleging that he fraudulently misrepresented damages to obtain funds.

According to the company’s 2007 annual report, AECOM has been a FEMA contractor since 1997. According to the U.S. Government Accountability Office, FEMA came under significant fire after Hurricanes Katrina and Rita for the extent of fraudulent or improper payments made by the agency, estimated at anywhere from $600 million to $1.4 billion. Was.

“In a disaster like a hurricane, there’s every motivation to say: Get the money out quickly, we can’t keep the homeless or people starving and dying on the streets,” said Seth Kreutzer, a Houston criminal defense attorney. Represented clients accused of bogus FEMA claims.

Investigating allegations of fraud can take years, and the accused rarely face prosecution. “The companies pay these big fines,” Kreutzer said, “and none of the officials are charged.”

But some emergency response experts worry that fraud issues have prompted FEMA to be more strict about relief funds, negatively impacting disaster survivors.

“The people who made fraudulent claims in New Orleans — they don’t represent the majority of New Orleans,” said Laurie Showman, a disaster recovery specialist for Enterprise Community Partners, a nonprofit group. “Yet now most people are dealing with a vigil that was not there before.”