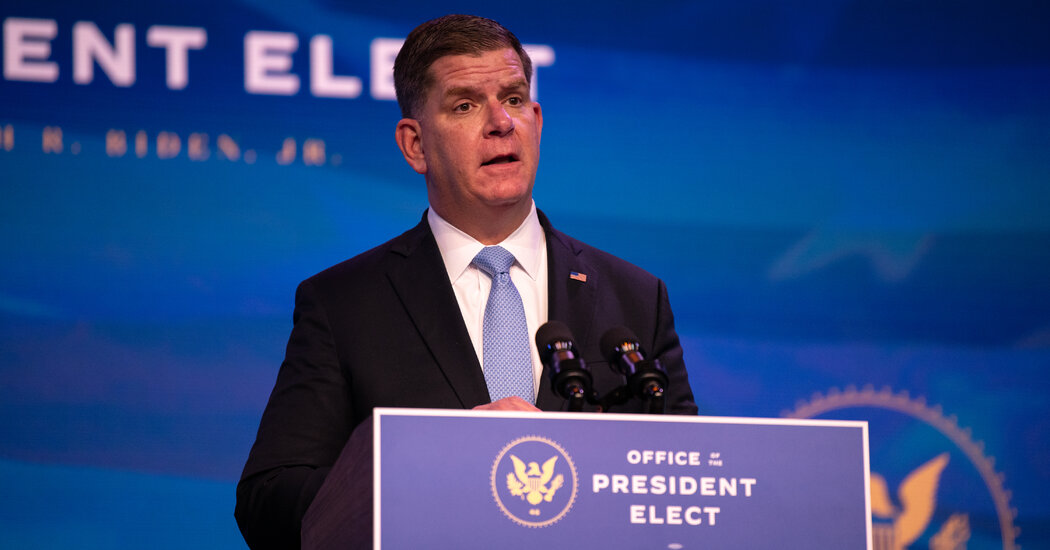 The $15 minimum wage for federal contractors will be effective January 30.

Employees of federal contractors will earn at least $15 an hour under the final rule, which the Labor Department announced Monday provides a potential wage increase for more than 300,000 workers, according to administration estimates.

The wage floor will affect those contracts which are commenced or extended from January 30, 2022. The current minimum wage for contractors is $10.95 under a rule enacted by the Obama administration in 2014 and is set to increase to $11.25 on January 1. Both rules require that the minimum wage increase over time to account for inflation.

Paul Light, an expert on the federal work force at New York University, estimated that five million people work for employers that have federal contracts, including security guards, food workers, janitors and call center workers, but most Already earn more than $15 per. Hour. This rule would also apply to construction contracts entered into by the federal government.

Labor Secretary Martin J Walsh said in a statement that the rule “improves the economic security of these workers and their families, many of whom are women and people of color.”

President Biden announced the rule in April when he signed an executive order directing the department to release it. Mr Biden’s announcement comes amid a series of pro-Labor moves by the administration, which included reversing Trump-era rules that soften worker protections and enacting legislation that sought to strengthen union pension funds. Tens of billions of dollars were allocated.

Administration officials said they did not expect the minimum wage increase to result in significant job losses or increase costs, arguing that higher wages would improve productivity and reduce turnover, more value to employers and the government. will provide.

The federal minimum wage remains at $7.25 an hour, although many cities and states have laws setting their wage level significantly higher. The House of Representatives has passed a bill to raise the federal minimum to $15 an hour by 2025, but the legislation has not advanced to the Senate.