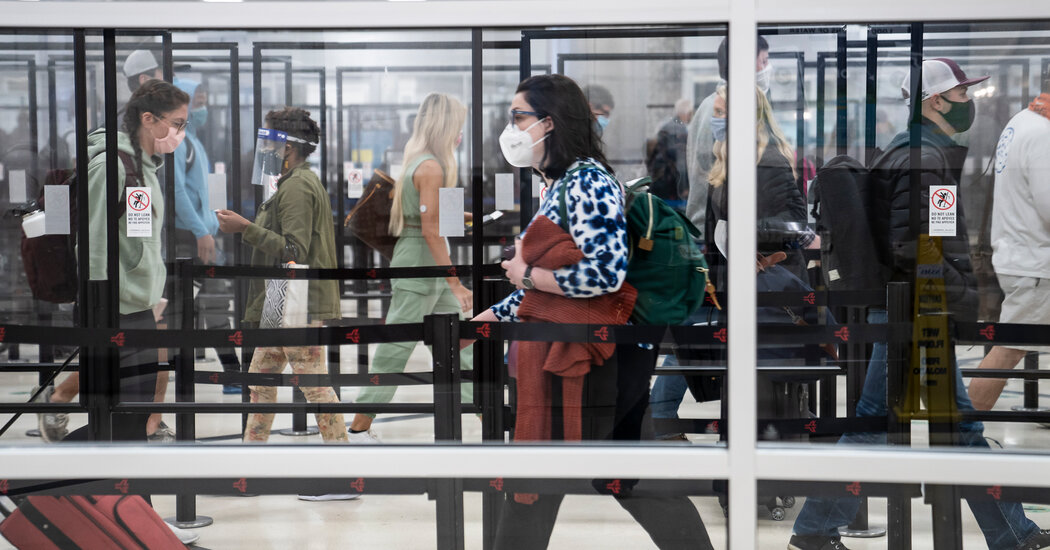 The storm could cause minor delays for commuters to and from some southern Plains states and northern New England this Thanksgiving week, but nothing widespread or long-lasting is expected, meteorologists said.

“From a big-picture perspective, most people shouldn’t have much of a problem,” said National Weather Service meteorologist Mark Chenard.

The Weather Service said there could be some snow in northern New England and the Great Lakes region, but not enough to affect major airports.

Parts of Arkansas, Louisiana, Oklahoma and Texas may receive rain and thundershowers that could cause some delays in travel but “might be the only thing that can really be monitored.” ‘Otherwise, it is relatively calm weather,’ Mr Chenard said.

Bianca Garcia, a meteorologist with the Weather Service in Dallas and Fort Worth, said Wednesday morning that the potential storm could cause some travel issues in Central Texas.

As families across the United States prepare to gather for Thanksgiving, some for the first time since 2019, major airports across the country are expecting air travel to reach pre-pandemic levels.

Areas near Chicago and Atlanta, which are home to some of the major travel hubs in the United States, are expected to remain cold but free of storms, meteorologists said.

“We are not expecting any accumulated snow or accumulated snow at this time, which is good for air travelers,” said Brett Borchardt, a meteorologist with the Weather Service in Chicago. For those headed to the Midwest, winds will be up to 30 mph.

Mr Chenard said parts of the Pacific Northwest could receive about two inches of rain on Thanksgiving, which is “nothing extreme” for the region. No strong storms were expected in New York City for Thanksgiving.

In parts of the Southeast, moderate rain may occur over Thanksgiving, but there will be no storms that pose “any widespread or severe threat,” said Nick Morgan, a Weather Service meteorologist in Atlanta.

For those traveling to places near Atlanta, the early part of this week will be an “awesome travel day,” with high temperatures and clear skies through Thanksgiving Day, Mr. Morgan said.