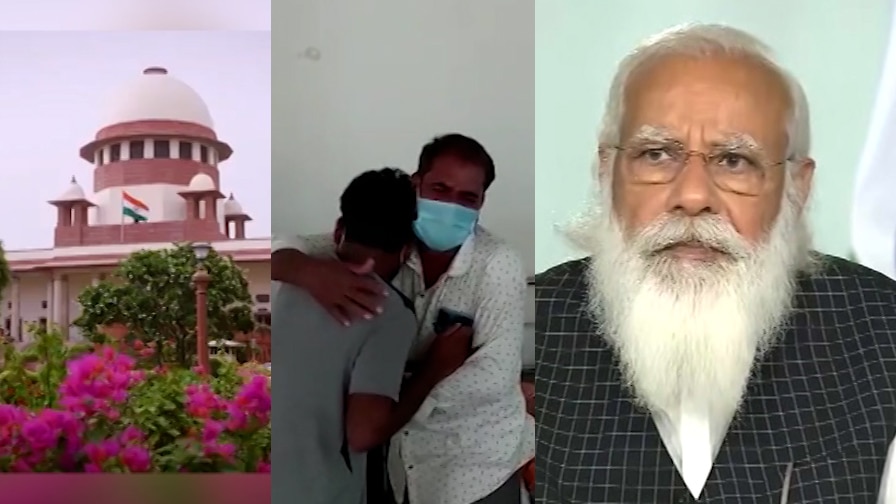 New Delhi: In the country CoronaGiven the worrisome situation of now in this case Supreme CourtHas taken the lead. The Supreme Court has issued a notice to the Central Government by filing a Sumoto petition. In the petition, the apex court directed the central government to formulate a national policy on oxygen supply, medicines and available beds and method of vaccination in hospitals across the country.

A bench headed by Chief Justice Sharad Bobade said on Thursday that corona-related petitions were being heard in six different high courts across the country. So ambiguity may arise in this case. In view of this, the bench directed that all these petitions be referred to the Supreme Court. The bench comprises Justice Nageshwar Rao and Justice Ravindra Bhat.

Senior counsel Harish Salvi has been appointed as amicus curiae for Sumoto’s petition on corona management filed by the Supreme Court.

The country has seen a record increase in the number of corona patients over the past few days. Against that backdrop, many parts of the country are experiencing oxygen shortages. In many places there is no oxygen at all. It is also becoming difficult for patients to get beds. The same situation is with remedivir injection. This is putting a huge strain on the country’s economy. In a state like Maharashtra, the number of corona patients is increasing and they are not getting vaccinated. Also other facilities are not available. This is affecting the fight against corona in the country. That is why the Supreme Court has now taken the initiative and filed the Sumoto petition. Now the central government has directed to formulate a national policy on this.

The rapidly growing number of coronaviruses in India is a matter of concern. The growing number of patients in India has broken all records so far in the world. For the first time in the world, a quarter of a million corona cases have been reported in a single day. According to figures released by the Ministry of Health, 314,835 new corona cases have been reported in the last 24 hours. So far 2104 patients have lost their lives. Meanwhile, 178,841 patients have been coronary free after treatment. Earlier on Tuesday, 295,041 new corona cases were reported in the country. Earlier, on January 8, the highest number of three lakh seven thousand coronaviruses was recorded in a single day in the United States.