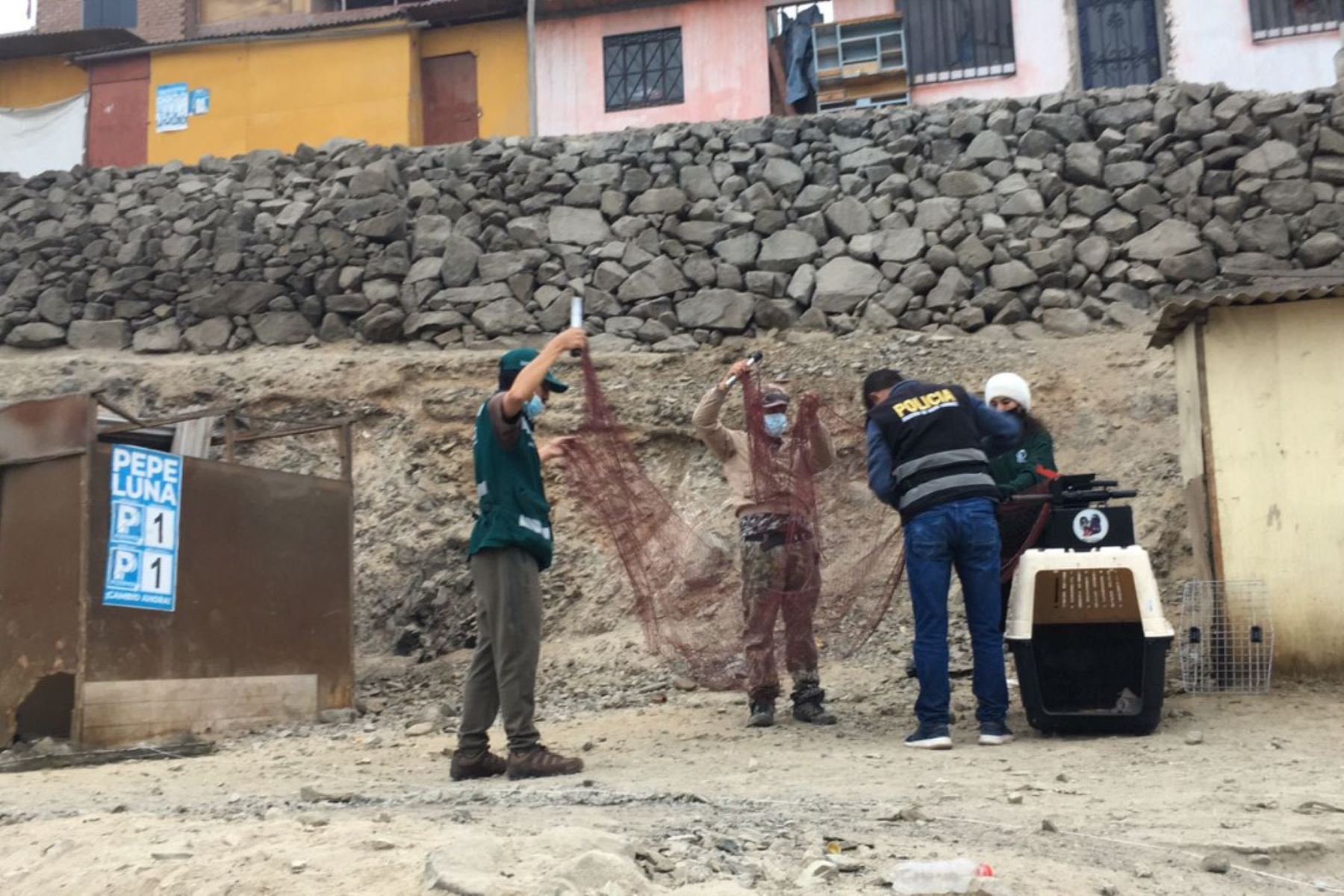 The National Forest and Wildlife Service (Serfor) of the Ministry of Agrarian Development and Irrigation (Midagri) monitors the behavior of the Andean fox (Lycalopex culpaeus) known as “Run Run” to capture it and give it the attention it requires.

For five days, the Serfor wildlife specialists have evaluated the geography of the place, the structures of the houses, the times of “Run Run”, where it walks, with what other pets and people it interacts and where its burrow is located.

The specialists have integrated into part of the area, in order to generate confidence in the fox and to be able to capture it, according to the protocols established to give it the attention that its species requires.

Unfortunately there are residents of that place who have become fond of “Run Run” and disturb the activities by wildlife specialists, throwing rocks at the animal to scare and stress it. Likewise, the specialists have been mistreated with sticks so that they do not carry out their work.

That is why the Serfor urges the residents of Sol Naciente and the media not to obstruct the activities of wildlife specialists, so that “Run Run” can be captured according to animal welfare criteria, offered veterinary evaluation and relocated to a licensed breeding center so that it can live with others of its species.

Catching a wild animal as Run Run is a process that can take time, due to the unpredictability of its behavior given its nature. It should be noted that the fox is a very elusive species. In addition, the area where it is found is very rugged, which makes capturing actions difficult.

In addition, these acts put the natural populations of our wildlife at risk.

The Andean fox: meet the family that belongs to the popular “run run”? https://t.co/zOlupvluhJ pic.twitter.com/gIKOAahdkJ