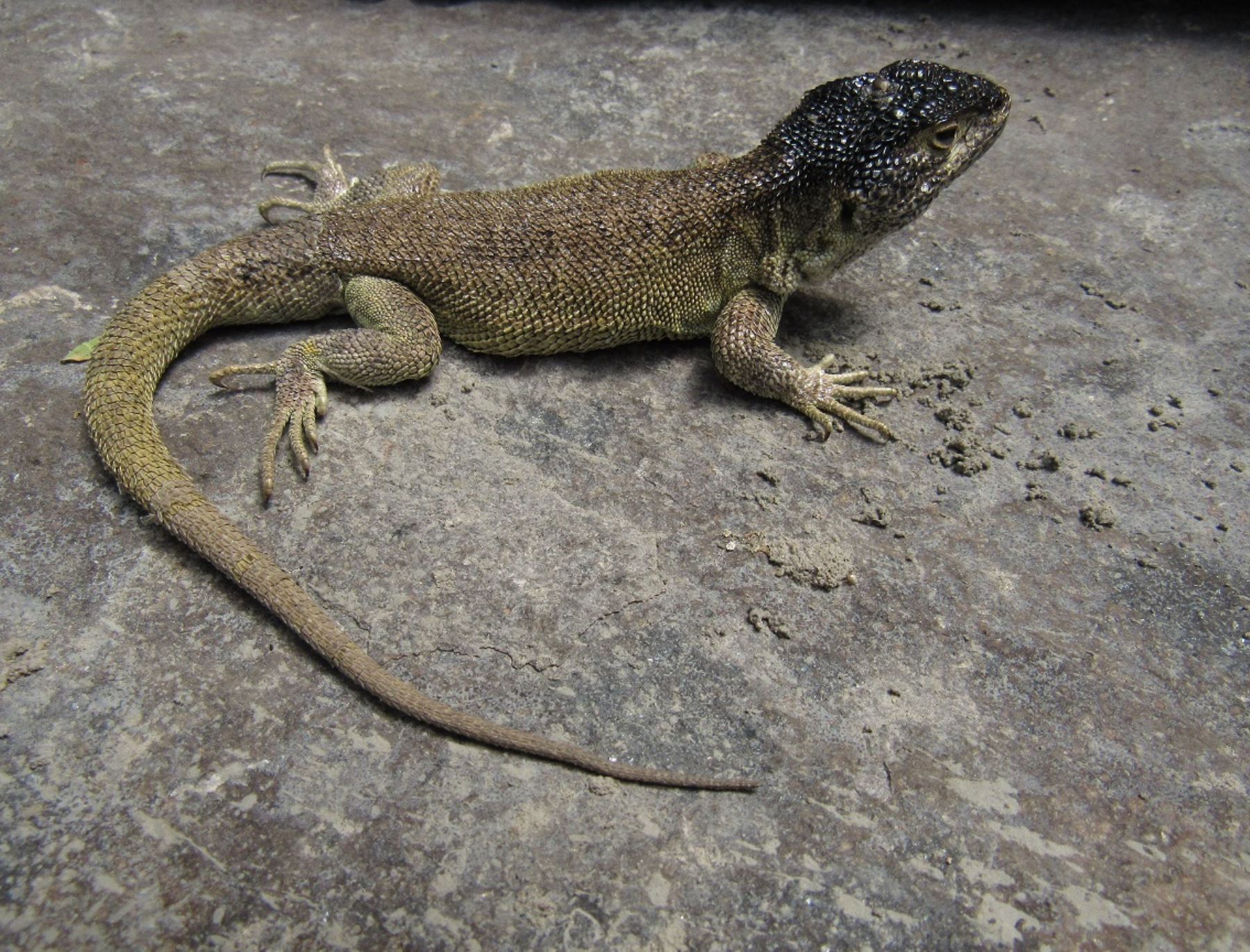 A new species of lizard was discovered for science in the Cotahuasi Sub-basin Landscape Reserve, a protected natural area located in the Arequipa region, the National Service of Natural Areas Protected by the State (Sernanp) reported today.

The lizard was named Liolaemus warjantay, a species that was unknown to date belonging to the genus Liolaemus that is characterized by having one of the greatest diversities of lizards known (more than 280 species), distributed over a large part of the surface of South America and with the ability to adapt to an extraordinary variety of habitats.

According to the results of the research, this new species has only been recorded in the high Andean dry puna of the province of La Unión, area of ​​the Cotahuasi Sub-basin Landscape Reserve, above 4,500 meters above sea level, belonging to the Andes area of ​​southwestern Peru.

The Liolaemus warjantay lizard is characterized by having a dark gray color on the dorsal of the head, pale yellow palpebral scales in the case of females of the species, and spots in the form of thin transverse lines and posterior curves in the form of ocelli. In addition, it differs from other species of its genus by presenting trifid scales on the soles of the legs and by the absence of pores at the base of the tail.

Exactly a month ago, Sernanp also reported the discovery of a new species of lizard. The scientific discovery was in the Tingo María National Park, a protected natural area located in the Huánuco region and at the time it was described as a valuable contribution of protected natural areas to the conservation of the biodiversity of Peru and the world.

Sernanp specified that the finding was made by researcher Pablo Venegas during the rescue of fauna and environmental impact studies for the construction of the Chaglla Hydroelectric plant in the area of ​​the Huallaga basin. This species was specifically discovered in an area near the Tres de Mayo peasant community within the Tingo María National Park.

Also in August, the scientific discovery of a new species of lizard was reported in the desert of the Tacna region, in southern Peru. It is Liolaemus basadrei, a species of the genus Liolaemus belonging to the Liolaemidae family, which was named in homage to the great historian from Tacna Jorge Basadre Grohmann.

Among the main characteristics of this new species, its reddish tones and light blue scales stand out. It was recorded at elevations close to 1,000 meters above sea level, in the hyper-arid Pacific desert.

Tourism in the Piura region is in the process of reactivation and the future is viewed with optimism by the operators, and they trust in reaching the pre-pandemic levels, without neglecting the sanitary protocols. https://t.co/PDE41pTgsg pic.twitter.com/xMh0WDYIW2

See also  Tumbes: the cleaning and clearing of the Pedregal stream is completed | News