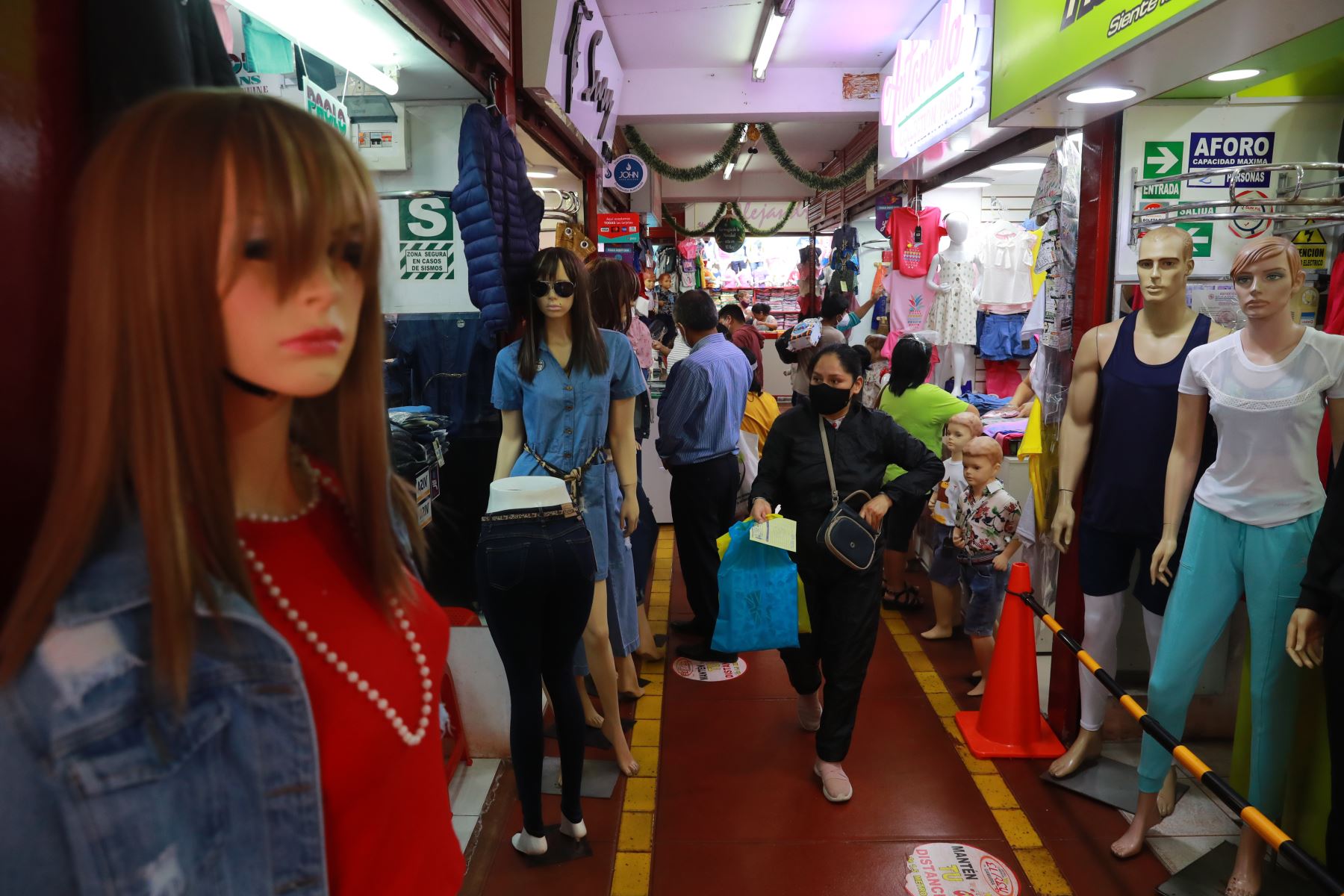 Sales at Emporio Comercial de Gamarra would be S / 4,200 million this year | News

The Gamarra Commercial Emporium would close this 2021 with sales of the order of 4,200 million soles, registering a growth of 40% in relation to what was obtained in 2020, estimated the president of the Coordinator of Entrepreneurs of Gamarra, Susana Saldaña.

“2020 has been a very complicated year, the most difficult that we have had to live. We have recorded losses that have reached 60% compared to 2019. This year, taking into account the July campaign, we have managed to reach, so far, a little more than 40% of our sales compared to the prepandemic year ”; commented to the Andean Agency.

Saldaña added that the objective of the commercial emporium is to reach the pre-pandemic figures and from there begin to grow.

“This means recovering our more than 100,000 jobs, that people go back to work in Gamarra, getting the more than 40,000 stores here to operate again, including galleries, workshops, stores and warehouses, that is, recovering all this movement that is the heart of the textile industry in Peru ”, he said.

The president of the Coordinadora de Empresarios de Gamarra said that the total recovery (100%) of the Gamarra commercial emporium could occur in the first quarter of 2022, reaching pre-pandemic levels, as long as four conditions are met.

“The first is the application of safeguards to textile imports. In Peru, 90% of the garments that are marketed are imported and Peruvian entrepreneurs cannot compete in that situation. There is the political will of the Government to evaluate this issue and we are waiting for a decision to be made, ”he said.

The second condition is the sources of financing. Saldaña commented that it is important that an exclusive financing program be established for micro and small companies (mypes), under conditions that allow them to access this working capital not only to Gamarra businessmen but also to the mypes of all productive sectors from the country.

“The third point is the fight against informal trade. Gamarra’s formal entrepreneurs are surrounded by informal traders. Obviously, the technical and logistical capacity of the local government (municipality) is limited, so we call on the Central Government to help us in this matter ”, specified the businesswoman.

Finally, the fourth condition is related to gauges. According to Saldaña, it is essential to differentiate between productive capacity and commercial capacity.

“Productive capacity should focus mainly on workshops. In the case of Gamarra, the tailoring workshops cannot continue to be sustained with the current capacity levels that are basically applied in commercial areas, ”he said.

He added that Gamarra has more than 7,000 workshops that operate at less than 20% of their capacity, which does not allow them to be productive.

“It is impossible to produce garments and fulfill orders. We are talking about mypes that have between 5 and 10 workers. What can be produced with 10 is impossible to do with two or three, so it is important to reconsider these capacities for productive workshops ”, Saldaña pointed out.

?? Check in this link if you are a beneficiary of the Bonus #YanapayPeru ?? https://t.co/4Xf9GLJEGX

The payment of the subsidy for 350 soles will be made in four groups, for which 11 payment methods will be used. pic.twitter.com/Dr1bCMcOYm