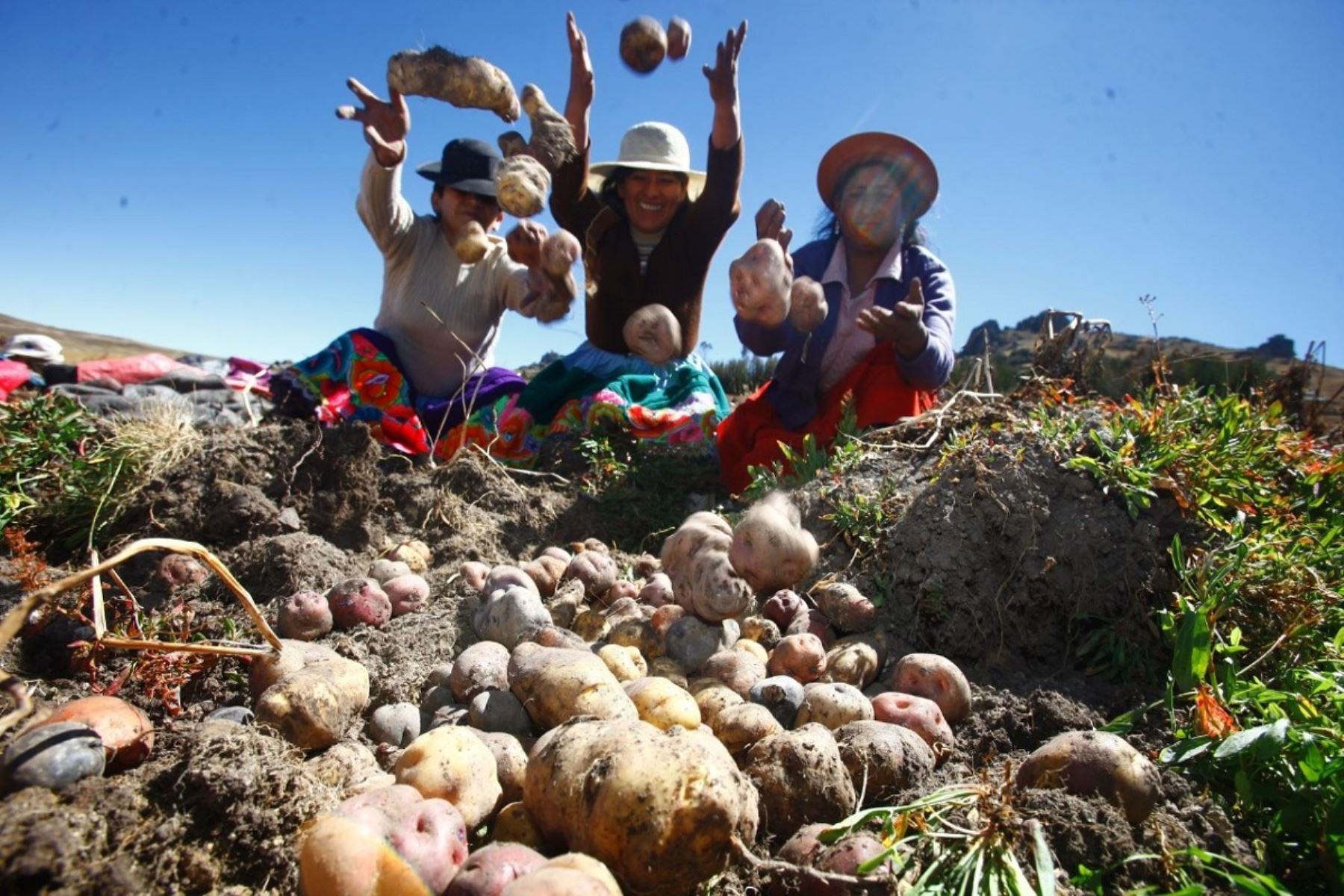 A day before the launch of the second agrarian reform scheduled to take place tomorrow in Cusco, the Minister of Agrarian Development and Irrigation, Víctor Maita announced that the Government approved to allocate 400 million soles for the granting of loans to 38,000 families of small producers to ensure the 2021-2022 agricultural season.

The measure, made official in the Official Gazette El Peruano through Supreme Decree No. 268-2021-EF, authorizes the transfer of items in the Public Sector Budget for Fiscal Year 2021 up to 400 million soles in favor of the Ministry of Agrarian Development and Irrigation (Midagri) for the purposes of the Agroperú Fund, charged to the resources of the Reserve of Contingency of the Ministry of Economy and Finance (MEF).

“With this initiative, organized small agricultural producers have the opportunity to access the Agroperú Fund and continue to be the support of Family Agriculture in our country, which is one of the objectives of our management,” said Maita.

In addition, he asserted that the resources of this fund will allow the ministry to provide timely and rapid attention to small producers, who will be able to access funds at preferential rates to meet the requirements of the 2021-2022 agricultural season.

In this way, the minister ratified the commitment of the Agriculture sector with small farmers in the countryside, in order to guarantee food production for the almost 33 million consumers, as they have been doing on a daily basis, despite the effects of the COVID pandemic. -19.

Likewise, the head of Midagri announced that tomorrow will be the launching of the second agrarian reform in the archaeological complex of Sacsayhuamán in Cusco, where additional measures will be announced to promote and develop primarily small family farmers.

“The second agrarian reform will promote the development of small producers with an entrepreneurial vision, with social inclusion and without expropriation, with the aim of providing better living conditions for the peasants of our country,” said Maita.

He commented that Midagri proposed nine axes in a second inclusive agrarian reform and that it seeks to involve the voice of the countryside through its union representatives in a stage of drafting definitive guidelines for the new reform, with a view to building an agricultural policy. decentralized for the benefit of small producers.

“We will work on this second agrarian reform in close coordination with regional governments, local authorities, unions and agrarian organizations, because the government’s priority is to seek the rural development of our Family Farming producers,” he said.

The Executive Power made official the creation of the multisectoral commission to expand natural gas reserves and strengthen the hydrocarbon industry for the massification of this resource. https://t.co/wXsGFqTdVP pic.twitter.com/vZ4uQTafsH