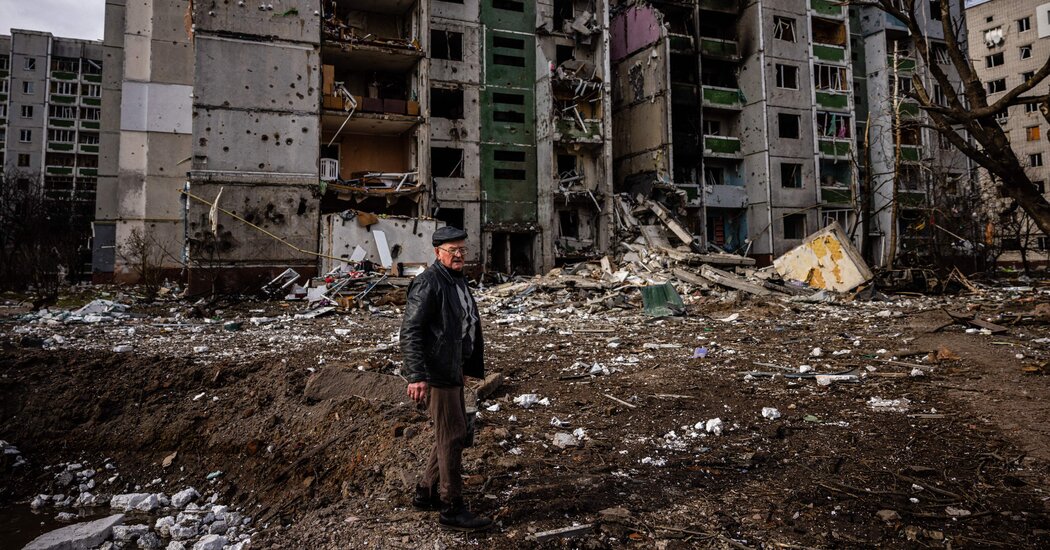 Russian army has besieged the northern Ukraine city of Chernihiv, the mayor says

LVIV, Ukraine — Russian forces have besieged and laid siege to the ancient city of Chernihiv in northern Ukraine, the mayor said, adding that vital infrastructure for its 300,000 residents was failing rapidly as it came under repeated bombardment. Was.

“We are surrounded,” said Mayor Vladislav Atroshenko. While the Ukrainian military is battling to keep some roads open inside and out, the mayor said, Russian forces are trying to tighten a cordon around the city.

After Russian shelling destroyed the pipes, he said, the entire city had no gas for cooking and heating. Some neighborhoods do not have clean water, he said, and the city has been cut off from the national electricity grid, forcing residents to use their remaining gas supply to keep the lights on. The mayor said that the gas supply is expected to run out in 24 hours.

Russian forces have already besieged the southern city of Mariupol for more than a week, where the situation has become increasingly dire. People there are being buried in communal graves.

The mayor of Chernihiv said in a message posted online on Wednesday that his city did not have a place to bury the dead.

“This is the first time in my life that I have had to dig a grave to bury five coffins at once,” the mayor said. He has posted an urgent request for help on the local government website over the past few days.

According to local officials, eyewitness accounts and video evidence, the city, which lies directly along the Russian offensive route from Belarus to Kyiv, has come under attack since the first days of the war and bombing has intensified.

The Chernihiv Regional Military Administration released a report on Thursday night documenting an attack, in which it accused the Russian military of opening fire at a residential community on the outskirts of the city. At least 10 houses were burnt.

“Over the past few days, Chernihiv has been subjected to violent, fierce bombings of Russian fighter jets,” the mayor said. “17 bombings per day.”

Still, he said the city had no plans to surrender. “Everyone is watching us,” he said. “We have to be strong.”