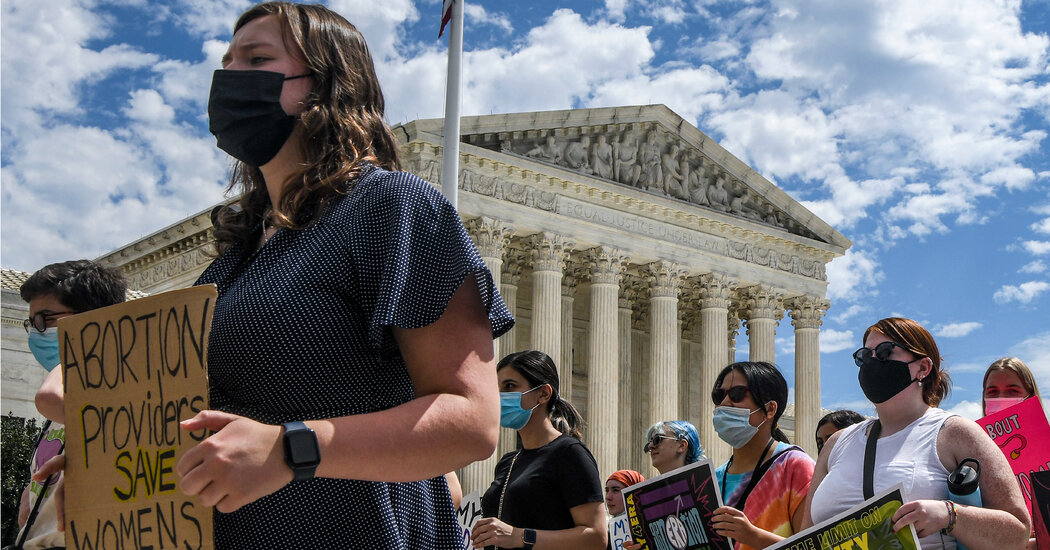 The law on issue in the new case was enacted in 2018 by the Republican-dominated Mississippi Legislature. It banned abortion if the “probable gestational age of the unborn human” was determined to be more than 15 weeks. The statute included narrow exceptions for medical emergencies or “a serious fetal abnormality”.

Lower courts blocked the Mississippi statute, calling it a cynical and calculative attack on abortion rights directly with the Supreme Court’s precedents. Justice Amy Connie Barrett, who has said she personally opposes abortion, agreed to hear the case in May, just months after joining the court. She replaced Justice Ruth Bader Ginsburg, a proponent of abortion rights, who died last year.

In their petition seeking a Supreme Court review, state officials told judges that “the questions presented in this petition do not require the court to overturn the row or case,” though they raised the possibility in a footnote. Once the court agreed to hear the case, the authorities turned their backs and began relentlessly attacking those instances.

In a brief filed in July, Ms Fitch wrote that Roe was “grossly wrong”.

Ms Fitch told the judges that the scope of abortion rights should be determined through the political process. “The national fever on abortion can break,” she wrote, “only when this court returns abortion policy to the states—where agreement is more common, compromise is often possible, and disagreements can be resolved at the ballot box.”

In a summary filed Monday, Mississippi abortion providers suggested that the state’s change of approach represented a bait-and-switch strategy that could have the case dismissed.

The exact question the judges agreed to decide was “whether all precedence restrictions on elective abortion are unconstitutional.” Depending on how the court answers that question, it can ratify, amend, or abolish the long-standing constitutional framework for abortion rights.