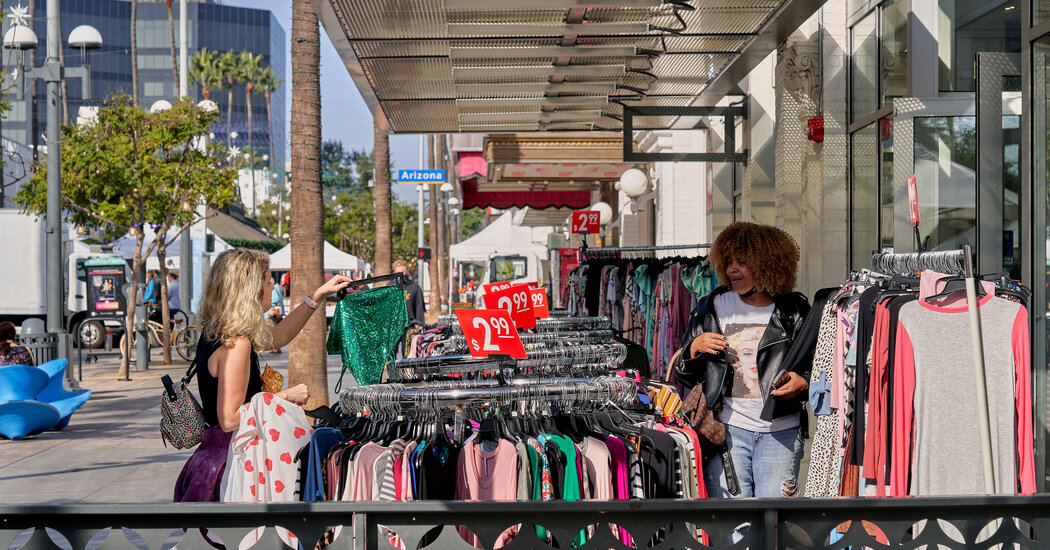 Retail sales rose in February, but inflation is beginning to weigh on spending.

Retail sales in February rose 0.3 percent from the previous month, the Commerce Department reported on Wednesday, with a slowdown in the pace of spending suggesting inflation was taking a toll on US consumers.

The slowing pace of growth in February – January retail sales were up 4.9 percent, revised data shows – follows other signs that consumers were growing more pessimistic as they faced rising prices. which had no end. Last week, the government said the consumer price index, a widely watched inflation gauge, rose 7.9 percent in the year through February, the fastest pace of annual inflation in 40 years.

Wednesday’s report does not reflect the full effects of the Russian invasion of Ukraine, which began on February 24 and increased global energy costs. In the United States, gasoline prices have reached a high last seen in 2008, an increase that would eat away at consumers’ ability to spend on other items.

“Inflation is crippling domestic purchasing power,” said Beth N. Bovino, US chief economist at S&P Global, which owns stock indexes such as the Dow and the S&P 500. “Even if wages are higher, inflation for goods is even higher. You want to celebrate that big paycheck, but you can’t because you can’t buy as much stuff with it now.

Consumer sentiment index from the University of Michigan, released this month, showed consumers were pessimistic about the coming year due to inflation and the potential impact of the Russian invasion of Ukraine.

Figures released on Wednesday were not adjusted for inflation, meaning rising prices were also pushing up sales figures. For example, the report showed that spending at gasoline stations rose 5.3 percent in February, when gas prices rose more than 10 percent for the month.

Sales at restaurants and bars rose 2.5 percent, while spending at clothing stores rose 1.1 percent. Car dealers also saw an increase of 0.8 over the previous month, despite chip shortages globally.

The data came on the same day that the Federal Reserve was set to raise interest rates, which would raise the cost of borrowing to combat inflation. The move could further reduce spending by consumers and businesses.