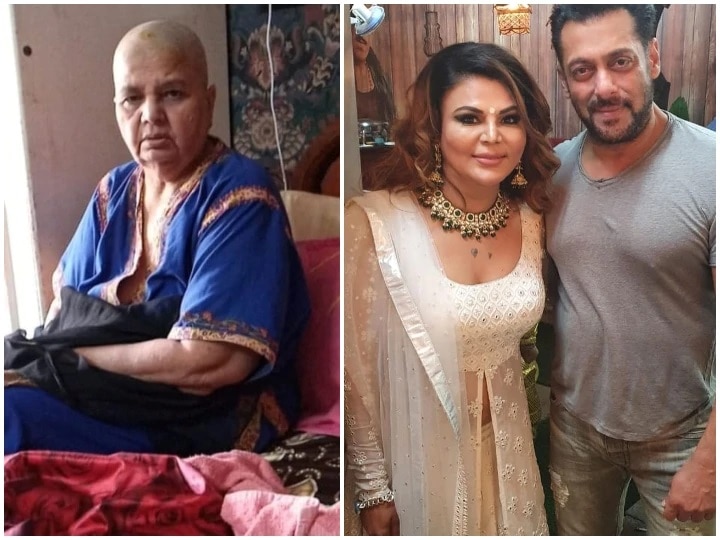 Mumbai : Actress Rakhi, the finalist of the recently concluded season 14 of ‘Bigg Boss’, has told her fans a bad news after she left the house of ‘Bigg Boss’.

Rakhi said through her social media account that her mother Jaya Sawant is suffering from a terminal illness like cancer and at this moment everyone needs prayers for the mother. Rakhi has shared two photos of her hospital mother through Instagram.

When contacted by ABP News, Rakhi Sawant said, “My mother has stomach cancer and I have sought help from Salman Khan’s Being Human Foundation for her treatment.” Rakhi said that Salman is a good man at heart. His foundation will certainly help with the treatment of the mother.

Rakhi told ABP News, “After leaving Bigg Boss’ house, I came to know that my mother was in the hospital with cancer. I was shocked when I saw her in the hospital.

Rakhi said, “My mother underwent abdominal surgery a year ago. Doctors said she had a cancerous tumor in her abdomen. However, I did not understand how she got the cancer even after the surgery was successful. Before I went to ‘Bigg Boss 14’, my mother’s The operation was performed. “

Rakhi Sawant said her financial situation is bad and most of her money has been spent on her mother’s treatment. In such a situation, she is struggling financially. Rakhi said, “For this reason, I have sought help from Salman Khan’s Being Human Foundation and the Nargis Dutt Foundation, which treats the cancer of Sanjay Dutt and his sister Priya Dutt.” I have spoken to Priya Dutt and she has asked for her mother’s file. “

Rakhi Sawant’s brother Rakesh Sawant told ABP News, “His mother, who is suffering from stomach cancer, has been admitted to Criti Care Hospital in Mumbai’s Juhu area for the last three months.” Rakesh further said, “According to doctors, the mother has stage III cancer. She is currently undergoing radiation and chemotherapy. She has to undergo chemotherapy a total of six times and has undergone chemotherapy twice so far.”