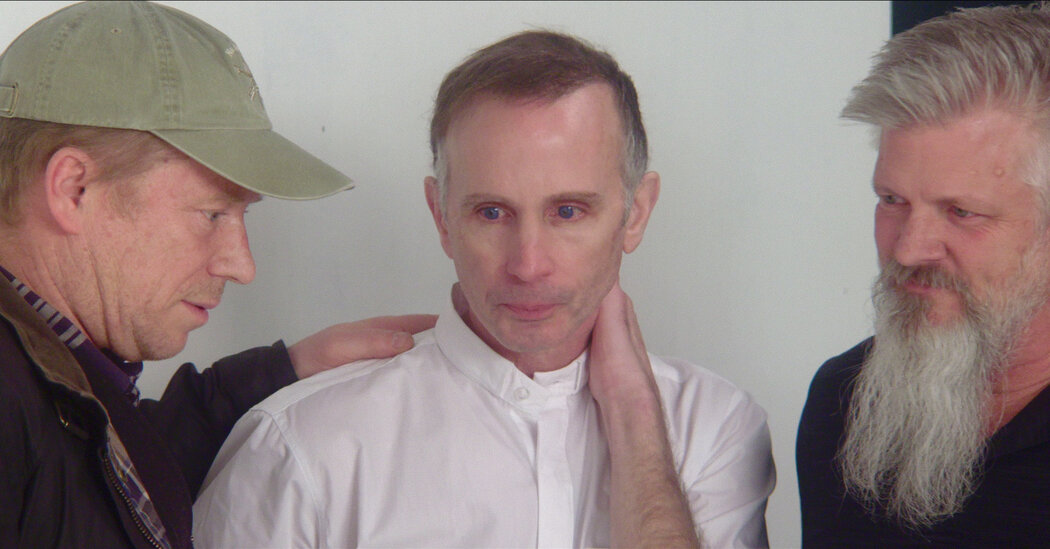 Two of Robert Greene’s most recent documentaries consider the ethics of re-enacting traumatic events, with an interest in the psychological effects of immersion on artists. “Kate Plays Christine” followed an actress as she prepared to play a newscaster who killed herself on air. “Bisby ’17” saw residents of an Arizona town as they recreate a mass deportation that had taken place a century earlier.

With “Procession,” Greene takes the concept of staged form of exorcism to an extreme: can men who endure childhood sexual abuse within the Catholic Church cope with traumatic memories through filmmaking—and Maybe get some solace from that process? The film is billed as a three-year collaboration between six abuse survivors, a professional drama therapist, and the director and his crew. In an elaborate “film by” credit, Green gives top billing to the victims.

“Procession” follows the men as they help each other brainstorm and shoot five scripted scenes based on their experiences. Various elements of the production process (casting, costuming, finding places they haven’t been since puberty) become tools of coping and calculation. Sixth survivor Tom Viviano says he cannot tell his story as it is still before the courts. His contribution is to act – in volume two – playing hunter priests who must be in painful adventures of impersonation.

Watching “Procession” is extraordinarily difficult, as it should be. The art form is also difficult to assess, given how it collapses the lines between collaboration and co-option and cinema and supportive treatment. To judge Green’s use, at least because of its visible beneficial effects, seems like an intrusion on personal successes. But the inconvenient power of “processions” comes from its ability to show, and for all appearances, facilitate them.