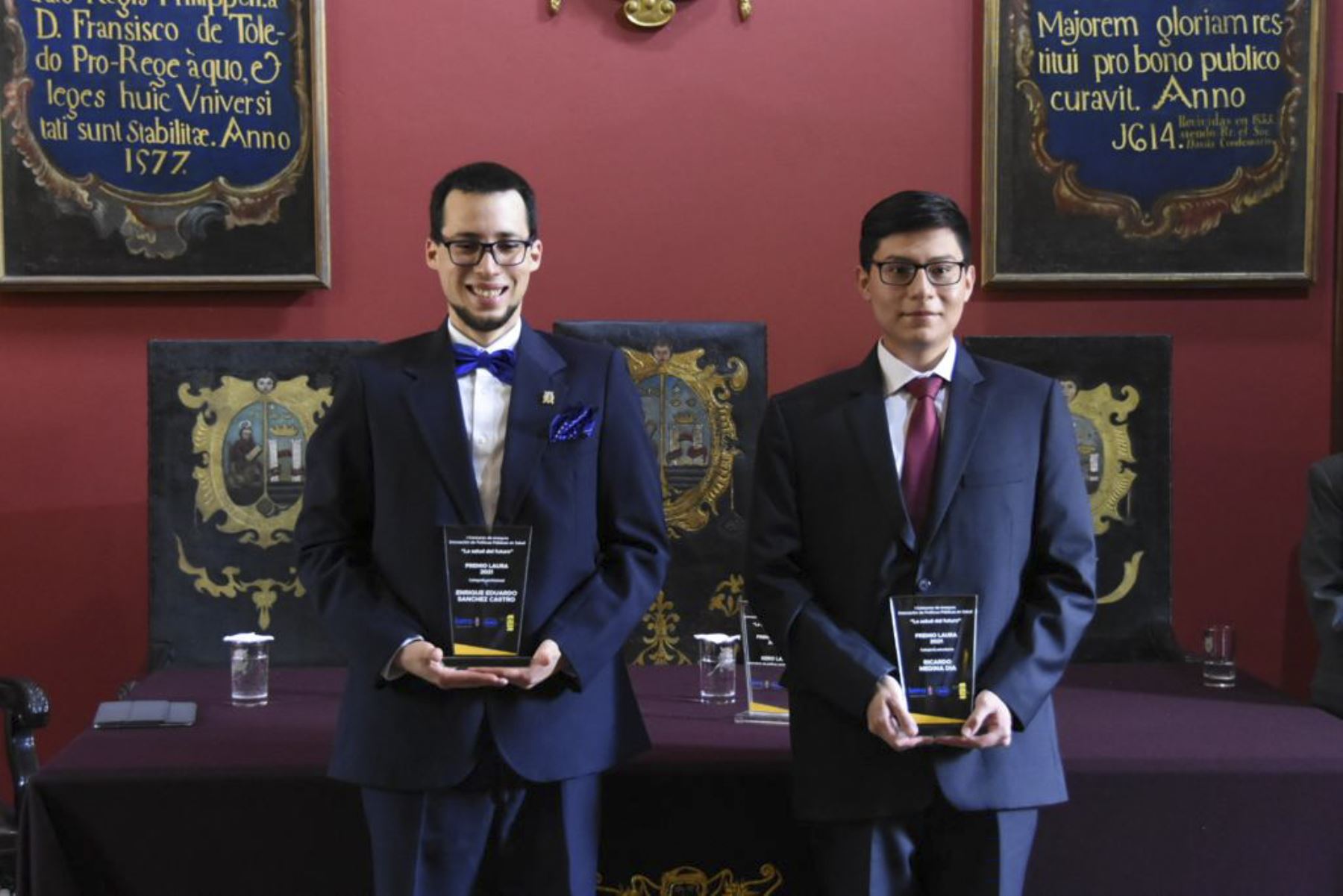 The essays by Enrique Sánchez, a biologist at the San Marcos University, and Ricardo Medina, a Human Medicine student at the Antenor Orrego Private University, received the Laura Rodríguez Dulanto award for their contribution to the creation of a health system of the future.

Sánchez received the award for his work “For today and tomorrow: Genomic surveillance for a resilient and sustainable Peruvian health system”, which proposes the creation of a National Genomic Surveillance System to strengthen the health system and promote innovation and technological development.

Medina was awarded the award for his essay, “Peru: lessons from the pandemic and planning strategies for the future”, which highlights the importance of educating the population in biosafety to reduce the transmission of diseases.

Both young men were the winners of the first edition of the national essay contest #LaSaludDelFuturo, both in the category of young professionals and students, respectively, and were awarded a diploma and financial incentives for their professional growth in public policy issues.

Your essays will be published on the KeroLab Research and Articles portal, Roche Public Health Policy Laboratory, and socialized with the authorities so that their proposals are taken into account during the decision-making process for the improvement of the health system.

Contents hide
1 The judge
2 Organizers of the national essay contest #LaSaludDelFuturo
3 More in Andina:
4 Share this:
5 Like this:
6 Related

See also  Minsa: starting in January, the population between 5 and 11 years of age will be vaccinated | News

Silvana Fernandez Berrocal, researcher in the Department of Clinical and Molecular Medicine at Norwegian University of Science and Technology and member of the jury, reported that received 60 trials focused on proposals for public health from disciplines such as management, engineering, psychology, pharmacy, dentistry, and medicine, from public and private universities in Lima, La Libertad, Ica, Ayacucho and Cusco.

At the award ceremony the rector of the UNMSM highlighted the participation of students and graduates of the house of studies that it represents, and highlighted the importance of carrying out initiatives that involve the young population, mainly, if they focus on developing proposals for the future.

“Encouraging the participation of students and young professionals allows us to have fresh solutions for the various problems that today affect the Peruvian health system and that directly impact the population. That is why, for us, it is a great pride to deliver this recognition, which is also a tribute to Laura Rodríguez Dulanto, the first surgeon in Peru, who graduated from our university, ”he commented.

Following its purpose of providing spaces that promote the development of innovative ideas in Public Policies, Kero Lab, together with the Impacta civil association, carried out the first edition of the national contest of trials #LaSaludDelFuturo, in order to encourage the participation of Peruvian youth in the transformation of the country’s health system.

Their contribution can be expressed through proposals that can generate reforms to improve public policies. This initiative was carried out within the framework of Roche’s 80th anniversary in the country.

The evaluation was carried out by an outstanding jury made up of experts in public management such as Silvana Fernandez Berrocal, researcher at the Department of Clinical and Molecular Medicine at Norwegian University of Science and Technology.

Likewise, by Vlado Castañeda, specialist in Public Policy and Management and professor at the UNMSM and Ricardo Díaz, consultant for the World Food Program of the United Nations (UN).

Also participating as members of the jury were Sandra Mosqueira, economist, Magister in Public Policy from Cornell University and researcher at the Universidad Peruana Cayetano Heredia (UPCH), and Alfonso Nino Guerrero, researcher in Health Systems at UPCH.