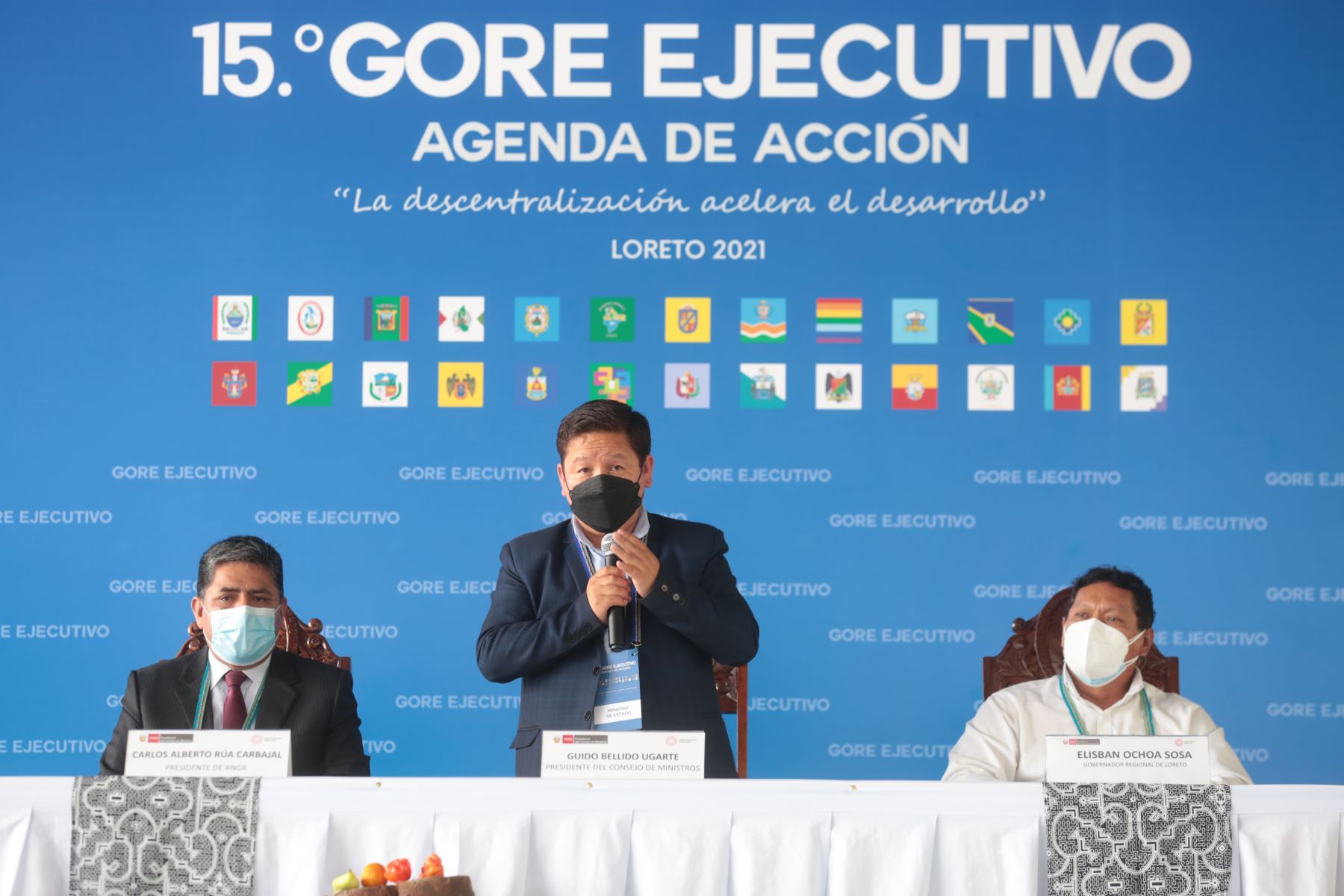 Prime Minister of Peru: We are here for decentralization. News | mcezone

Reaffirmed the commitment of the current government to make progress on a transformation process that would lead the country towards decentralization in economic, financial and tax related aspects.

During his speech at the inauguration of the 15th GORE-Executive meeting, the cabinet chief said that the efforts of the officials should be aimed at solving each and every problem facing the regions and provinces.

That is why we are here to take decisions of strategic nature in the process of decentralization going towards the development of the country, he said.

The cabinet chief stressed that President Pedro Castillo, who arrived in Iquitos yesterday to attend a meeting with regional governors, is committed to achieving a true decentralization in the country.

Belido reaffirmed that it is important to translate some of the goals and objectives set at the 15th Executive-Gore meeting into concrete results and indicated that these could be incorporated into urgent decrees to address the various projects expected over the years in the regions.

The high-ranking official said that – although no government can 100% solve the country’s problems – it is important to go ahead in meeting the most pressing needs and working with the population.

“We understand that resources are not unlimited, there are limited resources. Thus, it is important to prioritize, spend or make strategic investments,” he indicated.

Similarly, Belido emphasized that – during the decentralization process – it is necessary to fight against corruption at all government levels.

See also  Covid-19: everything you need to know about vaccinating adolescents aged 17 to 12 | News