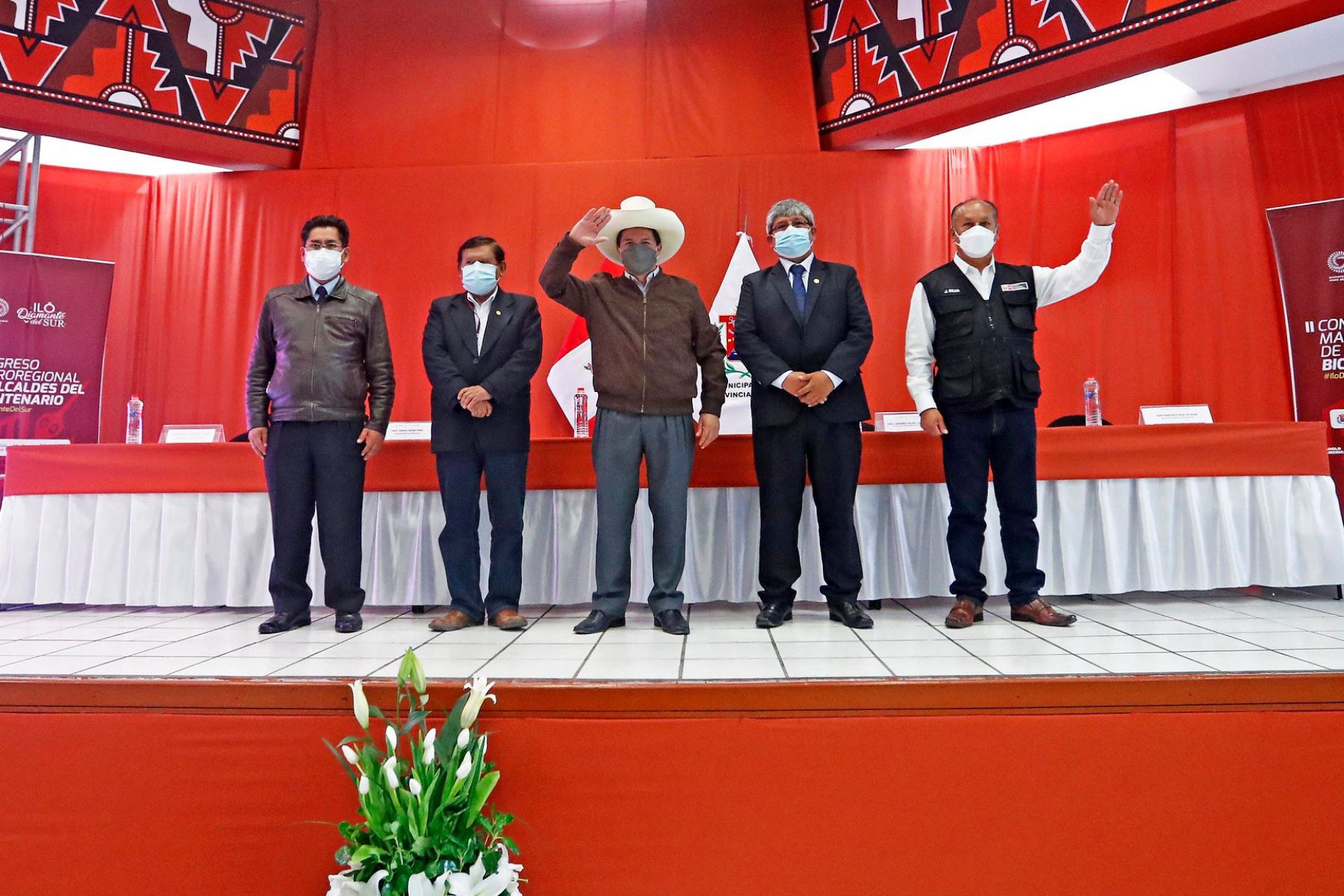 On Friday, the bicentennial mayors resolved to unblock development projects to be executed by provincial and district municipalities within the framework of the second macro-regional congress.

“Let’s be honest with the population (about) what we have to do as mayors; let’s not make promises we can’t fulfill,” he said in the opening speech of the event in the southern city of Ilo.

Similarly, the head of state confirmed that the mayor counts on the full support of the government to develop projects, which were delayed for various reasons.

The top official said that – given the “cumbersome procedures” associated with these projects – mayors have had to “queue up” to serve in central government offices.

“Mayors, you have our full support but prioritizing the most relevant aspect: the health of the population,” he emphasized.

In addition, the President reaffirmed that there are concerns about infrastructure and connectivity issues, on which “a lot needs to be done.”

In addition, the head of state reiterated the desire of his administration to renegotiate state contracts with private companies to prioritize Peruvian needs.

Mr. Castillo also said that it is proving that dialogue can be established with these institutions in the pursuit of profit for the country.