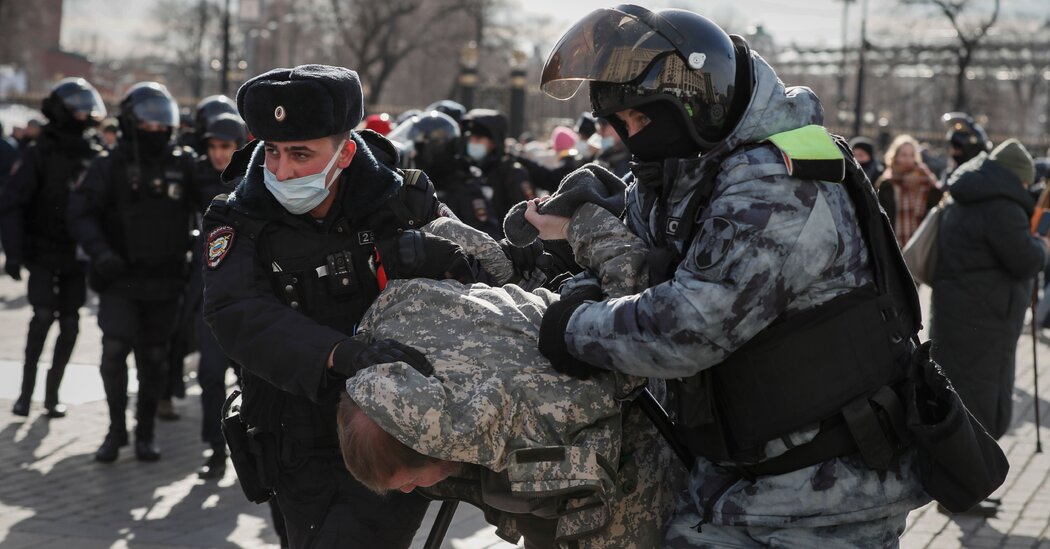 Police arrest more than 3,000 people as protests escalate across Russia

Despite years of threats of prison sentences, thousands of Russians joined anti-war rallies across the country on Sunday, a striking display of anger quelled in Russian society about President Vladimir V. Putin’s invasion of Ukraine.

A woman protesting the war in the city of Kaliningrad near the Baltic Sea A police officer was recorded in a video posted on Twitter that she had survived the Nazi siege of Leningrad.

“Are you here to support the fascists?” The officer responded, repeating the Kremlin legend about the war in Ukraine, before calling other policemen and telling them: “Arrest them all.”

The thousands of Russians who protested on Sunday represented only a fraction of those furious over the invasion. Thousands have fled the country over the past 10 days as their savings evaporated amid the ruble’s collapse and the West’s crushing sanctions.

Anton Dolin, one of Russia’s best-known film critics, announced his departure on Sunday, writing, “There is no more Russia.” “We are facing a catastrophe – no, not economic or political. It is a moral catastrophe.”