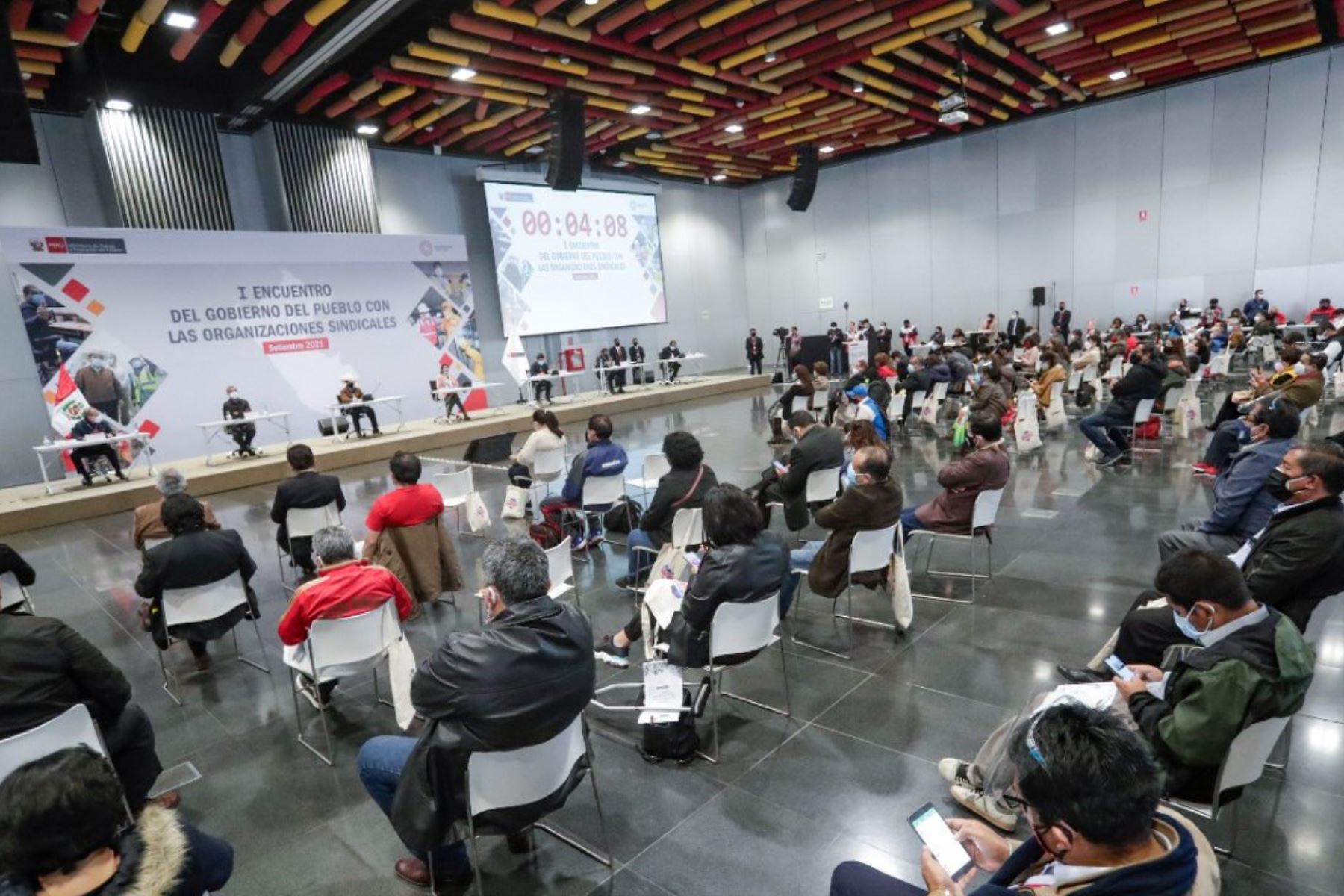 On Saturday met more than 300 leaders and representatives of the country’s four most important trade union organizations.

The meeting took place within the framework of the Open Door to Dialogue Policy promoted by the government as a mechanism of democratic legitimacy to integrate the norms of public labor policies.

The event was attended by cabinet chief Guido Bellido, as well as Labor Minister Eber Marawi and other officials.

The meeting took place at the Lima Convention Center.

In Peru, there are approximately 180,000 private sector workers affiliated with labor unions across the country.