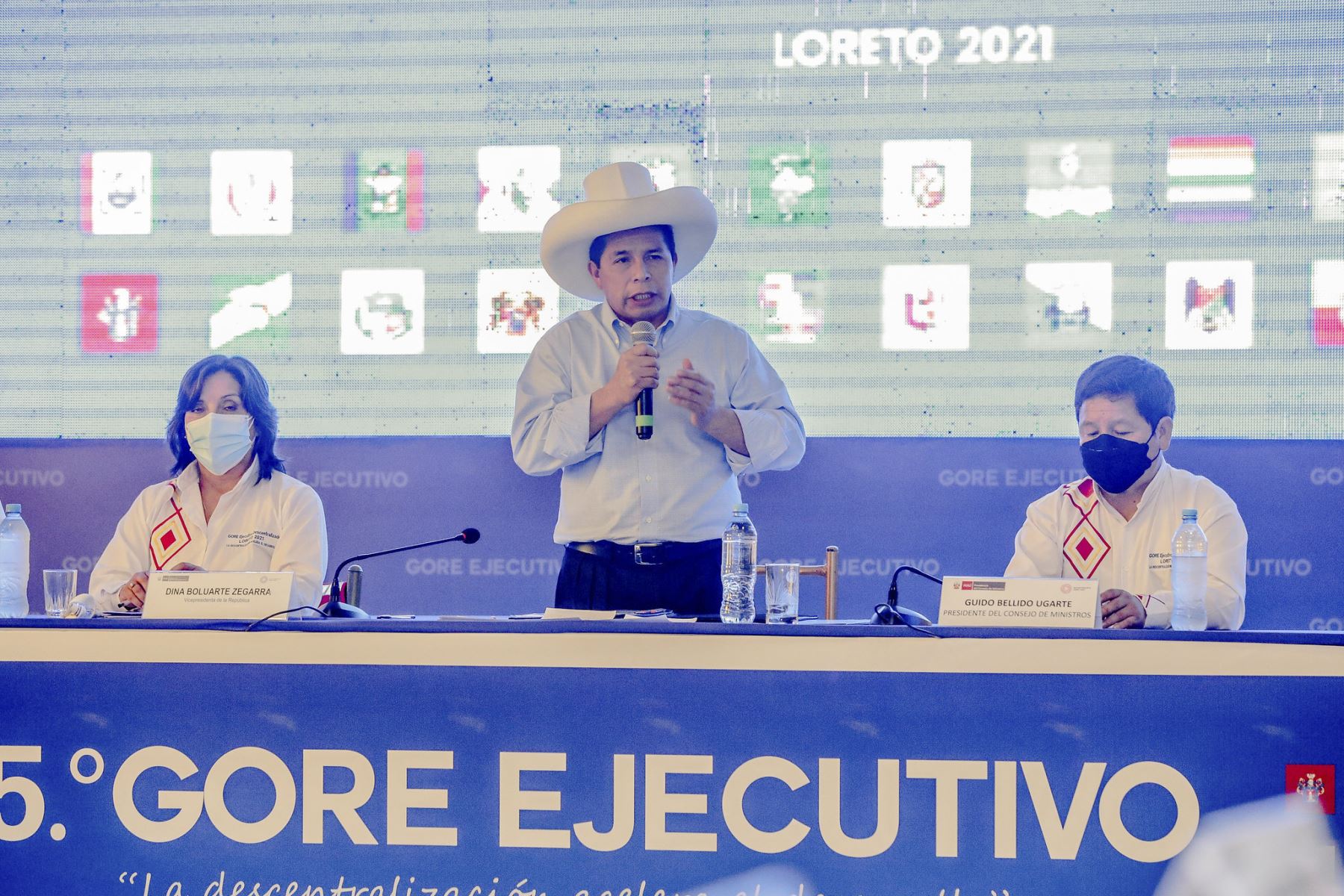 Friday called for the unity of Peruvians in the face of common enemies such as the coronavirus pandemic, anemia, centralism and poverty.

He expressed, “Let us try to stand united, leaving behind the personal and political views of any interest group, because we have common enemies.”

The top official indicated that—after the conclusion of the meeting between regional officials and executive branch representatives—”what was agreed must be put into practice.”

“Enough for the meetings, enough to set us off; let’s move on to action,” he expressed.

President Castillo said he would request a report from the Decentralization Secretariat of the Council of Ministers to clarify what work is being done in this area.

“I am fully prepared to do real decentralization in the country,” he said.

“It should be understood in every jurisdiction that a governor, mayor and ministers focus their people on allocating the budget to serve children, mothers, farmers and workers,” he said.

Regarding the rainforest city – which hosted the latest gore-executive meeting – he said “the integration of Iquitos into the national capital must be determined immediately,” as well as to other localities to ensure that citizens in all these areas have equal rights and opportunities.

Mr Castillo also urged regional officials and mayors to set up a strong fight against corruption.

“We can’t give people who take money out of town to put money in their pockets,” he insisted.

In addition, the President remarked that on his recent visit to Mexico and the United States, he spoke with entrepreneurs who aim to invest in Lima and other regions, thus ending the problem of inequality.

See also  Prime Minister of Peru: We are here for decentralization. News | mcezone

“They wish to meet us,” he underlined.