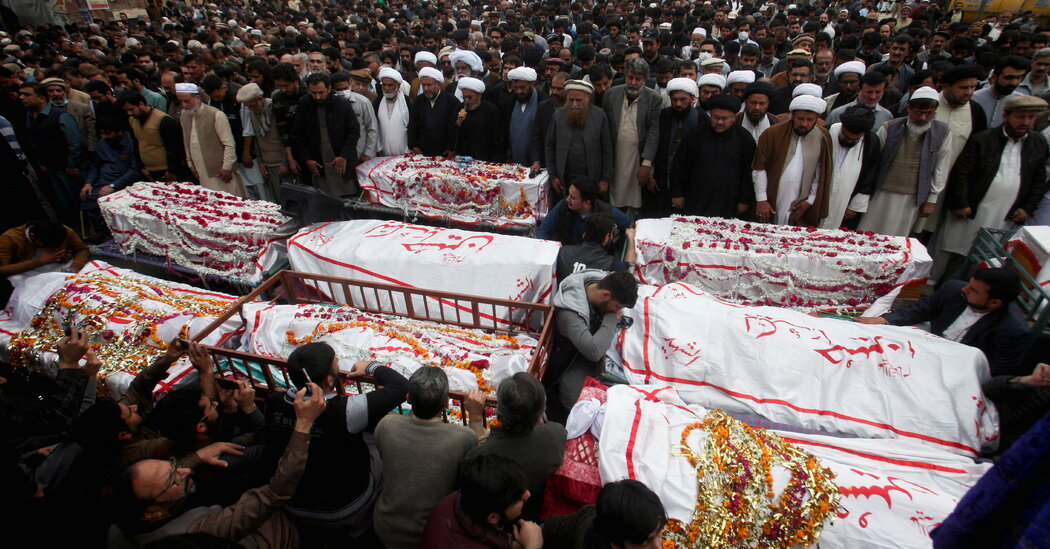 PESHAWAR, Pakistan – Pakistani police investigators said on Saturday they had identified the suicide bomber and network behind Friday’s deadly blast at a Shia mosque in northwestern Pakistan’s Peshawar, which killed at least 63 people and killed nearly 63 people. 200 were injured.

According to Muhammad Aseem Khan, spokesperson of Peshawar’s largest hospital Lady Reading, 37 people are hospitalized, of whom five are in critical condition.

Islamic State’s regional ally, Islamic State Khorasan, or ISIS-K, claimed responsibility for the attack and said it was carried out by an Afghan suicide bomber, identified by the terrorist group as Zulaibed al-Kabuli.

Pakistani security officials said the name was a surname and they had identified the attacker and his family. Muhammad Ali Saif, special assistant to the provincial chief minister, told a news conference on Saturday that “the rest of the network will be exposed in the next 48 hours.” He declined to share more details, citing operational sensitivity.

Other security officials, who spoke on condition of anonymity because of the sensitivity of the case and the ongoing investigation, said the attacker was an Afghan national who had emigrated to Pakistan decades ago and lived in the country with his family. Officials said the parents of the attacker had informed the police about their son’s disappearance and suspected that he had joined ISIS.

Investigators say the attacker was trained in Afghanistan and appears to have returned recently.

A senior Pakistani police official said the police had made significant progress in the investigation based on CCTV footage and forensic evidence to identify the attacker’s network.

Security officials say ISIS-K continues to operate from neighboring Afghanistan, but after being targeted by the Afghan Taliban, it has spread across the country, no longer operates in large groups and maintains no physical territory. .

Officials monitoring the situation in Afghanistan say that some 1,600 ISIS-K fighters escaped after the Taliban captured the infamous Pul-e-Charkhi prison on the outskirts of Afghanistan’s capital Kabul in August.

Officials say the Taliban have since captured or killed nearly half of the fleeing ISIS-K militants, but many are still on the run, including some Pakistanis.

According to a Pakistani security official, Pakistan contacted the new Taliban leadership in Kabul for information about the fleeing terrorists, but was told that any prison records that existed were burned down shortly before the Taliban went to jail. went.