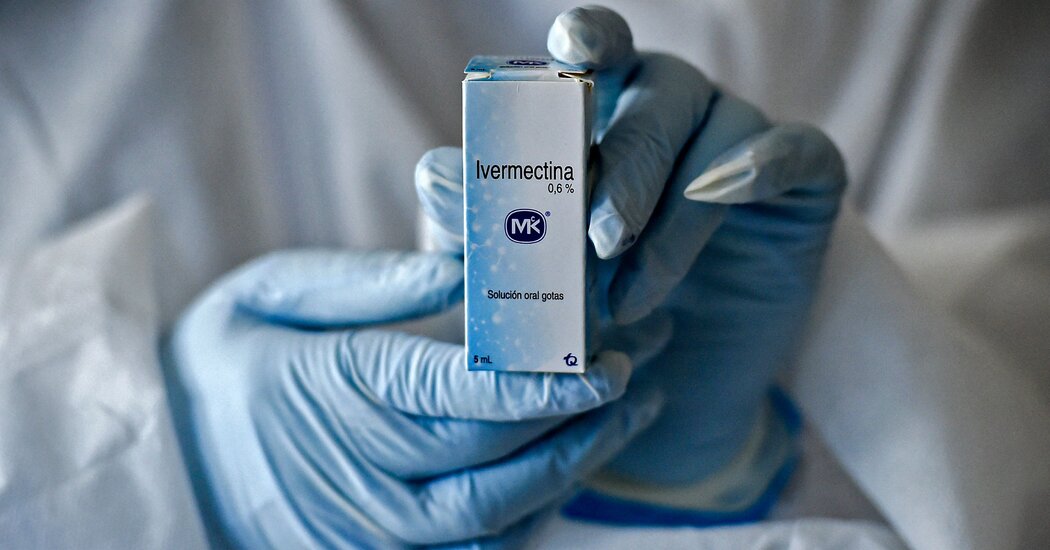 An Ohio judge on Monday overturned an earlier ruling that prescribed ivermectin, an anti-parasitic drug, primarily as a veterinary deworming agent, to a patient as a treatment for COVID-19. used, needs to be administered.

Judge, Michael A. Oster Jr. wrote that “there can be no doubt that the medical and scientific community does not support the use of ivermectin as a treatment for COVID-19” and that the plaintiffs had failed to provide convincing evidence. Show that it was effective.

The Food and Drug Administration has warned Covid-19 patients against taking ivermectin, which has repeatedly failed clinical trials to help people infected with the coronavirus. The agency states that concentrated doses intended for horses and other large livestock can be toxic to humans.

However, the drug has become a popular topic among conservative talk show hosts. Physicians and toxicologists have raised the alarm about people receiving ivermectin from livestock supply centers and there has been an increase in calls to poison control centers about drug overdoses and adverse reactions.

The Ohio lawsuit was filed by Julie Smith, who was acting as a guardian to her husband, Jeffrey Smith. Another judge last month granted West Chester Hospital north of Cincinnati a 14-day injunction ordering the drug to Mr Smith, who was being treated for COVID-19 there.

Ralph Lorigo, an attorney representing Smith, said in a statement Tuesday that Mr Smith had received ivermectin for 13 days before the injunction was issued, and believed the drug saved his life.

“In the four days before the hearing, I was able to reduce the ventilator setting by 50 percent,” Mr. Lorigo said. “After the hearing on Friday, doctors were talking to Julie about taking her husband off the ventilator,” he said.

Mr Smith, 51, tested positive for the virus on 9 July and was admitted to the intensive care unit of West Chester Hospital the following week, according to court documents. Mr. Smith’s condition deteriorated. On August 1, he was sedated, intubated and put on a ventilator.

Ivermectin was introduced as a veterinary drug in the late 1970s. It has since been approved for human use, in tablet form, to treat certain types of parasitic worms, and topical formulations have been authorized to treat head lice and skin conditions such as rosacea, FDA said.

It is not approved to treat or prevent COVID-19. It was determined by Mr Smith’s physician, who does not have privileges at West Chester Hospital and did not see Mr Smith before approving the treatment, court records show.

“While the court sympathizes with the plaintiff and understands the idea of ​​doing anything to help their loved one, public policy is not supportive of allowing a physician to try ‘any’ form of treatment on humans. Must do,” wrote Judge Oster. “Rather, public policy supports the safe and effective development of drugs and medical practices.”

At a hearing last week, Mr. Smith’s physician testified that he “feels” better since receiving ivermectin. But the doctor said he was not sure it would be beneficial for Mr Smith to continue using the drug, court records show. Ms Smith testified that she believed the drug was working.

See also  Covid will be an era, not a crisis that fades away

The Centers for Disease Control and Prevention, the FDA and other agencies have warned in recent weeks against the use of ivermectin, especially more potent formulations for animals, to treat COVID-19.

Overdose can cause visual hallucinations, seizures and “an altered mental state,” the CDC said, adding that ivermectin products used in animals or to treat human skin should not be ingested.

None of this has deterred some conservative radio hosts and Facebook and Reddit users from using ivermectin as a potential COVID cure, which has fueled demand in recent months.

After sharing last week that he had tested positive for the virus, podcast host Joe Rogan said in an Instagram video that he had “splashed the kitchen sink on all kinds of meds,” including ivermectin. Phil Valentine, a conservative talk show host, died in August after being hospitalized with Covid-19. He told the audience that, in addition to taking vitamin D, he had found a doctor who would prescribe ivermectin.

As some patients turned to animal supply stores to obtain veterinary formulations of the drug, the National Poison Data System recorded that, from July to August, cases of ivermectin exposure more than tripled, from 133 to 459. .

According to the FDA, pharmacists also reported difficulty dispensing the drug as prescriptions rose to 88,000 in recent weeks from a pre-pandemic weekly average of 3,600.