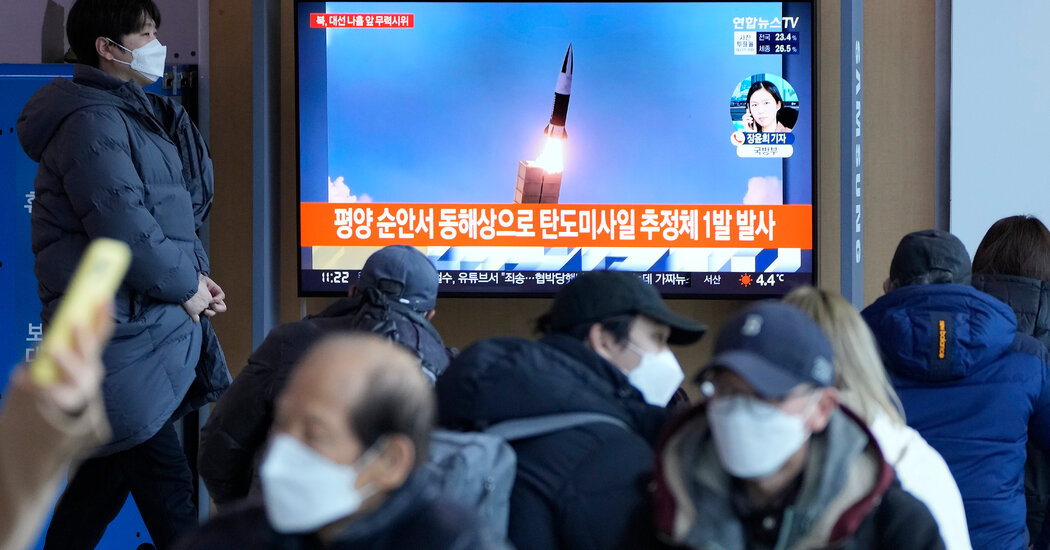 South Korea’s military said in a brief statement that the projectile was launched at 9:30 a.m. from Sunan outside the capital Pyongyang. It gave no further details, saying that South Korean and United States military intelligence officials were analyzing data from the failed launch.

US and South Korean officials said the North fired ballistic missiles from Sunan on February 27 and March 5. North Korea said those tests were part of its preparations to launch a military reconnaissance satellite – a task assigned to its leader, Kim Jong-un, his government during a Workers’ Party Congress in January last year.

But Washington and Seoul later said North Korea was actually testing its new Hwasong-17 intercontinental ballistic missile under the guise of launching a satellite. The North’s largest known ICBM, the Hwasong-17 was first unveiled during a military parade in October 2020, but had never been tested before.

North Korea has conducted 10 missile or projectile tests so far this year, more than last year.