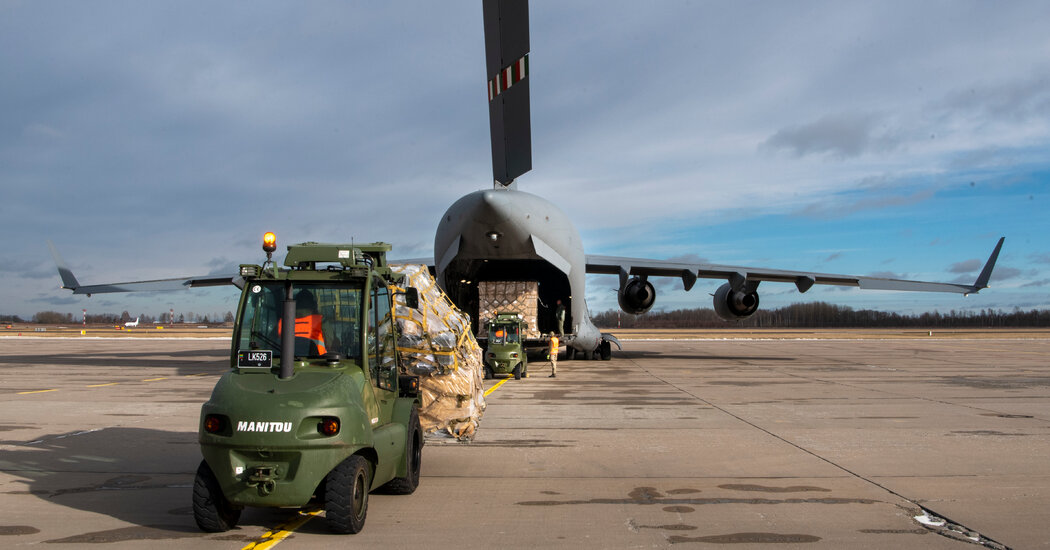 But NATO has moved to rapidly strengthen its deterrence in member states on its eastern side to ensure that Russia does not test NATO’s commitment to collective defence.

In other examples of NATO’s rapid effort to strengthen its eastern borders, France on Monday sent its first tranche of troops to Romania, to head a new NATO battalion there, and provided Rafale fighter jets to Poland.

Germany, which already heads a NATO battalion in Lithuania, has sent another 350 soldiers and howitzers, six fighter jets to Romania, some troops to Slovakia and two more ships for NATO maritime patrols. Berlin also said it would send a Patriot missile battery and 300 troops to NATO’s eastern flank to operate it, but did not specify where.

Britain, the main nation of NATO battalions in Estonia, has sent 850 soldiers and more Challenger tanks to Estonia, as well as 350 more troops to Poland. It has put another 1,000 on standby to help refugees, and has sent another four fighter jets to Cyprus, sending two ships to the eastern Mediterranean.