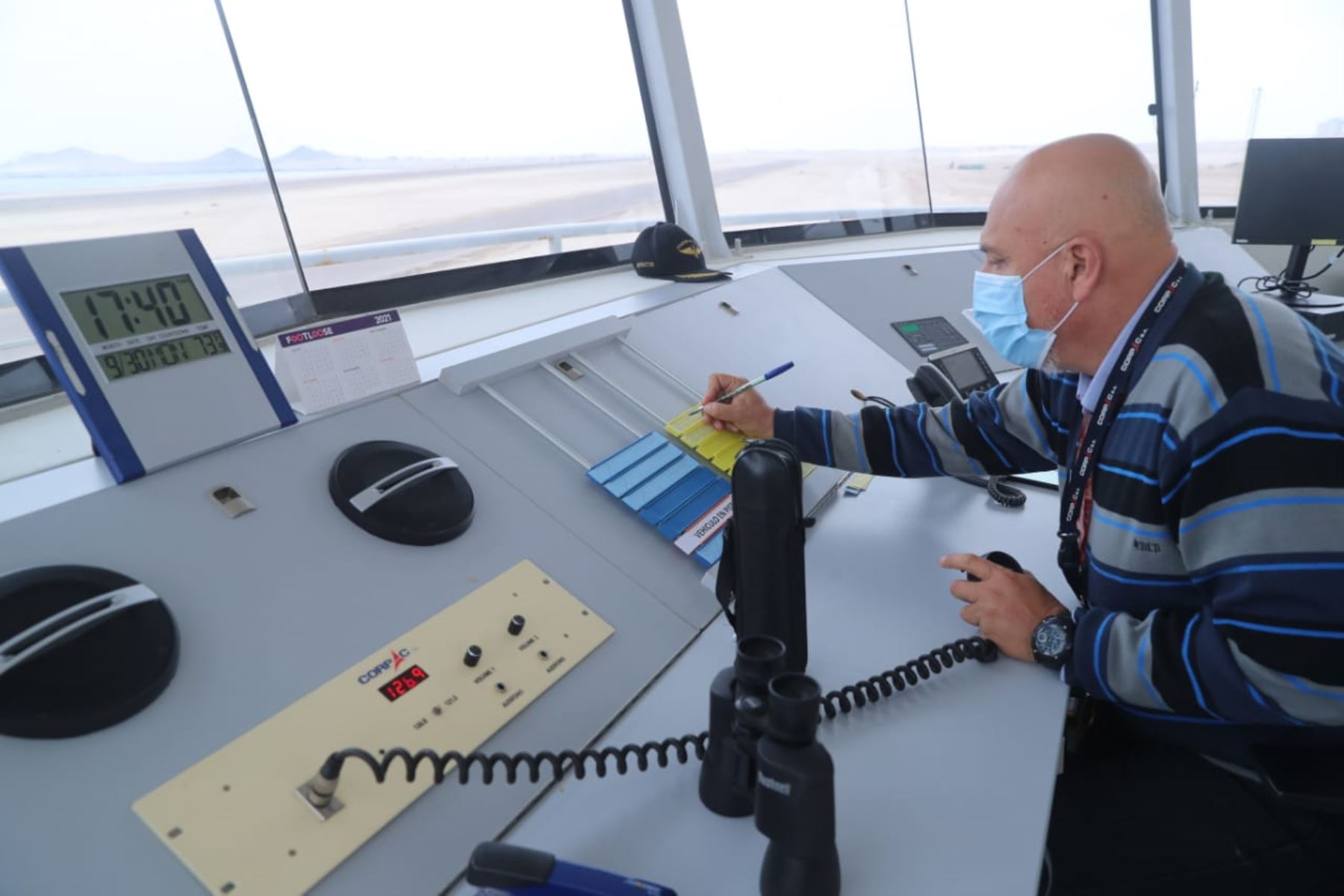 The Ilo airport is prepared to meet the current demand for flights and an increase in it, thanks to its new control tower, highlighted the Ministry of Transport and Communications (MTC), which built the aforementioned infrastructure through the Peruvian Corporation of Airports and Commercial Aviation (Corpac).

The four-story building features a dome at its highest level, from where you can see the landing strip and the take-off of the planes. The AFIS operators work in this fourth level, who are in charge of attending the takeoff and landing of the aircraft.

Meanwhile, in the third floor of the control tower are located the communication and navigation systems; in the second, the operations headquarters, meeting room, rest room for air traffic controllers, among other environments; and at the first level, the work area for flight forecasters, meteorologists and operational personnel.

After the inspection of the services provided by the Ilo airport control tower, the owner of the TCM participated in the inauguration of the II Macro-regional Congress of Mayors of the Bicentennial. With the realization of this event, it seeks to generate a space to promote economic, social and tourist development in an articulated way.

The congress, inaugurated today by the President of the Republic, Pedro Castillo, will conclude on October 3. It takes place in the auditorium of the provincial municipality of Ilo.

?? The National Forest and Wildlife Service (@SerforPeru) approved the incorporation of 16 ecosystems identified in the department of Pasco to the “Sectoral List of Fragile Ecosystems”. https://t.co/wKMbO2Ri24 pic.twitter.com/iBl9DCKsuF