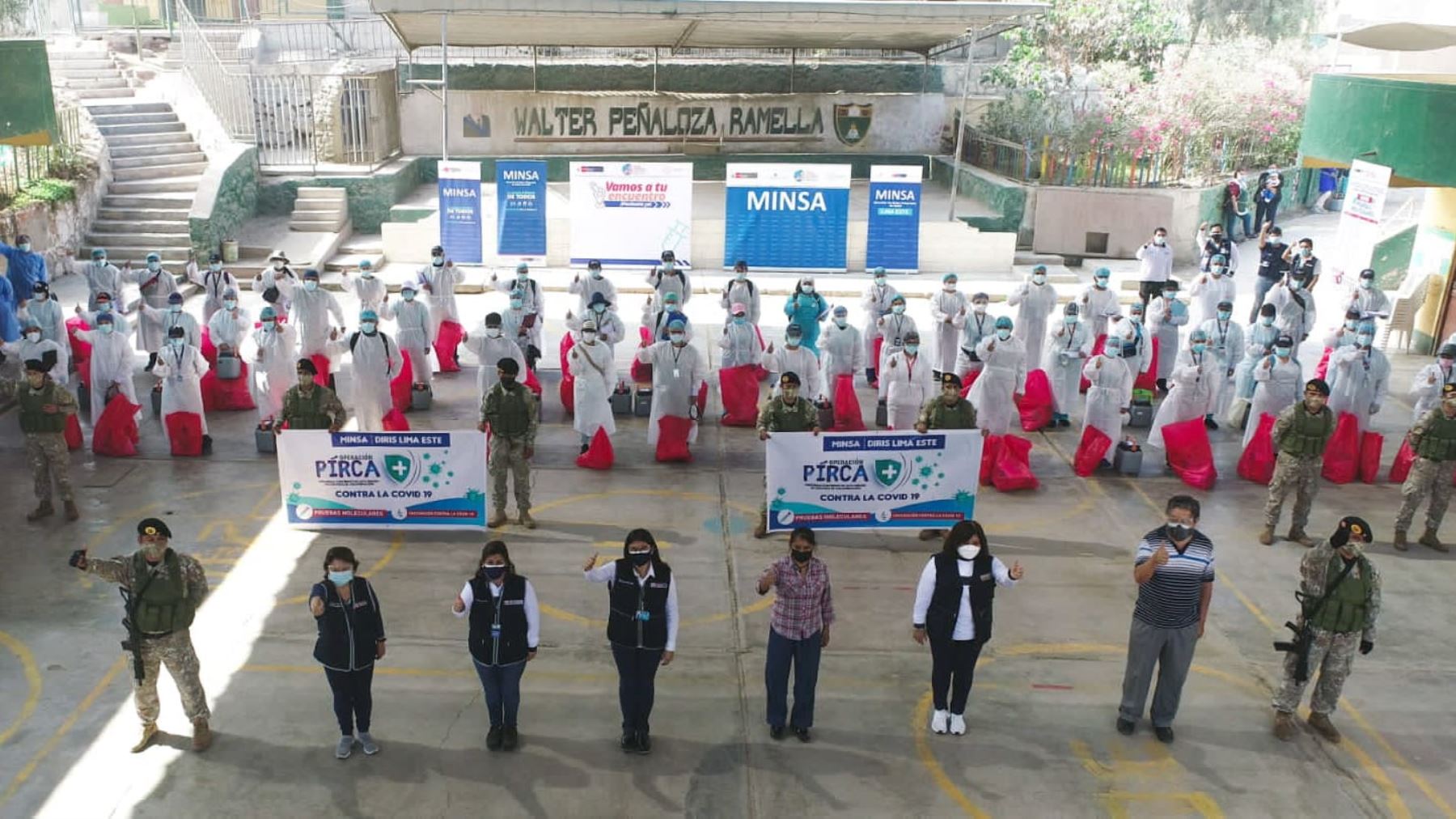 The Directorate of Integrated Health Networks (Diris) Lima East of the Ministry of Health (Minsa) launched the strategy Operation Pirca (People with a High Risk Index in Agglomeration Centers) house by house, benefiting more than 500 families in Huaycán, in Tie In addition, the covid-19 vaccination was carried out to people who had their first and second doses pending.

“We have been carrying out Operation Pirca since the beginning of August, today we have implemented it to take it to the next level, which is the house-to-house intervention so that the population can access molecular tests for free, in order to to carry out a timely and early ruling out of the disease. We are proud of our strategy as it is being replicated at the national level in order to reach more Peruvians ”, highlighted the director of Diris Lima Este, Tania Carrasco.

The activity was attended by the director of the General Directorate of Health Operations (DGOS) of the Minsa, Antonieta Alarcón, who stated that the intervention was carried out simultaneously in the four jurisdictions of Metropolitan Lima, with the aim of bringing this type of Home testing of Peruvian families for the early detection of SARS-CoV-2.

Finally, Tania Carrasco reported that this activity will take place every Friday in different parts of the eastern area of ​​Lima, which will be identified through the heat map, in order to be able to detect, diagnose and provide treatment to possible cases of covid- 19 in jurisdiction.

“The next interventions with local governments will take place in the districts of Santa Anita and El Agustino. To date, more than 8,500 molecular tests have been carried out in East Lima through Operation PÍRCA. ”, Concluded Carrasco.