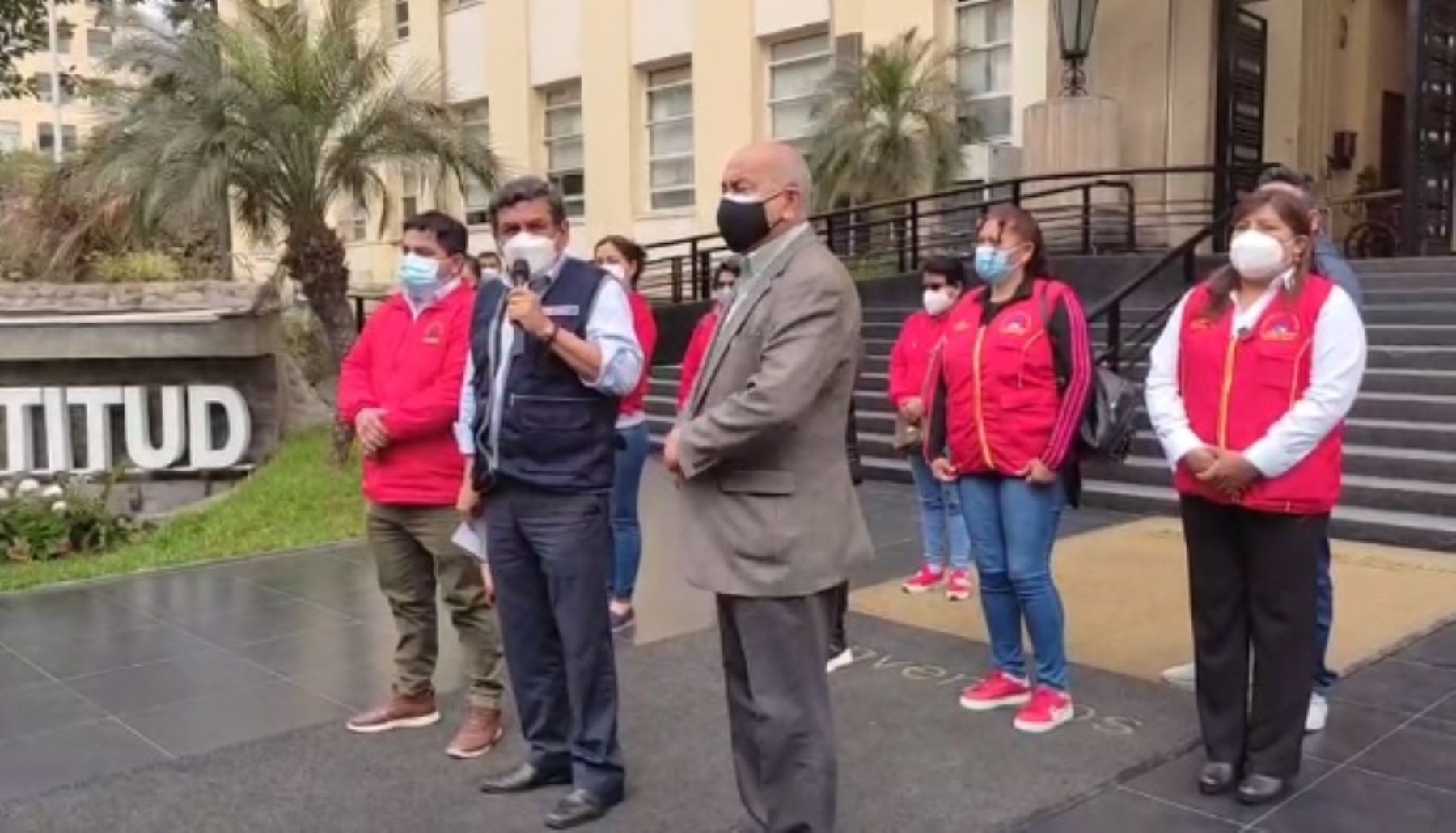 Minsa and health sector workers agree on job improvements: find out what they are | News

The Minister of Health, Hernando Cevallos, announced this afternoon what are the agreements reached with the National Unified Federation of Health Sector Workers (Fenutssa) after the meeting held at the ministerial headquarters.

Previously, Cevallos recognized the value of the work of all personnel in the sector, be it healthcare or administrative, and said that the human group is the link with patients, so they are fundamental in the defense of health.

The agreements mentioned by the minister are the following:

–The change of occupational group was achieved. This will benefit health facility workers who, despite having managed to specialize with their own financial resources or have reached a profession of a higher level of complexity, continue to receive the same salary they earned before training.

(This change) has been agreed with the Ministry of Economy and Finance and is already within the Budget Law. With this, workers who achieved a specialization and work as such in the Health sector may be recognized and paid according to their new functions.

The so-called “excluded of the excluded” are still pending in this area, workers whose care work is not recognized and therefore are postponed. In this regard, the Minsa will work with the leadership to provide a solution in the shortest time.

-The Minsa will present a bill to grant, in an exceptional way, an extraordinary bonus to the administrative, professional, technical and auxiliary personnel of the Minsa. “This measure has been discussed at the meeting and we think it is very important to improve the work of workers and respect for their rights,” he said.

-The bill will be presented to increase the bonus for the service of hospital and community guards to care workers.

Cevallos also mentioned that the fight against corruption will continue in the sector. He announced that the executing units and addresses of the hospitals are under evaluation and the complaints and suggestions are being noted.

“The most important thing is that the executing units and the entire system are at the service of the country’s health and not of some groups that want to take advantage of the sector or encourage some form of corruption. It is being evaluated and decisions and changes will be made.”

Arlex García Cachique, general secretary of Fenutssa, thanked the Minsa for the interest shown in their demands and expressed the workers’ commitment to continue working so that users have warm and quality care.