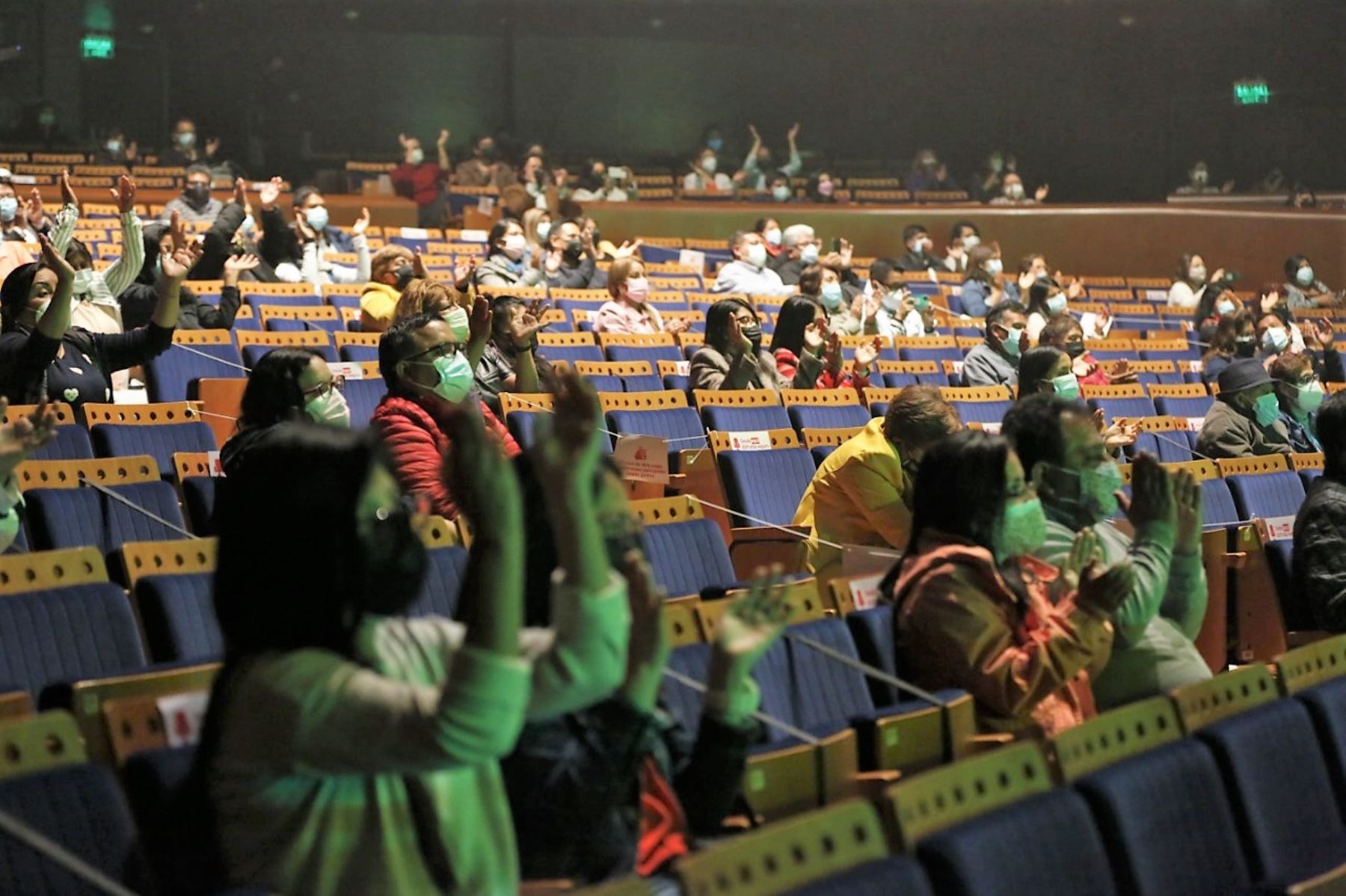 Minister Ortiz: We are committed to the economic reactivation of the cultural sector | News

In order to reinforce the economic reactivation of the sector – hard hit by the covid-19 pandemic and the health emergency – the Minister of Culture, Gisela Ortiz, announced the next presentation of renowned artists and musical groups on the modern stage of the Gran National Theater (GTN).

The head of the sector affirmed that all the facilities will be granted to musicians and artists in the GTN, which is in charge of the Ministry of Culture. For instance, the box office obtained with the sale of tickets will be allocated entirely to musical groups that are presented in this scenario.

Minister Ortiz announced that musical groups such as Novalima, the outstanding Andean music singer, will soon perform Amanda Portales, the groups Los Shapis and Frágil, as well as the singer Mauricio Mesones.

A series of shows will also be programmed with the renowned cultural and theater group Yuyachkani, which celebrates its 50 years of foundation.

A space for everyone

“From the ministry, we are committed to the economic reactivation of the cultural sector, one of the hardest hit by the pandemic. Because, we have generated this space of all, the Great National Theater, to meet, enjoy the music and feed the soul “, said the minister.

Through co-production agreements with the musical groups, for the realization of safe face-to-face concerts in the GTN, “all the box office that is generated with the sale of tickets is for the artists, so that they can be solved ”, Minister Ortiz highlighted.

“We want to invite everyone to come to the Grand Theater; collaborate with the artists. Only then will we get ahead, if we are all together, “he emphasized.

The realization of new shows in the GTN not only supports the economy of the artists, but also serves as a guiding framework for decentralized work for a safe reactivation. With this, it is sought ensure compliance with protocols and give a new experience to the public and the cultural sector.

In compliance with these co-production agreements, the Gran Teatro Nacional is also in charge of help artists and cultural promoters to publicize the events, Through the communication channels it manages, such as social networks, web portal and others, according to the available resources.

In addition, it provides all administrative and technical support for the performance of the show.

And so that the artistic content reaches more citizens via digital and television platforms, the artists make a recording of the show for the GTN web platform LIVE and also for the program “Teatro en Grande”, which is broadcast every Saturday on the signal. from TV Peru.

In this way, it is guaranteed that cultural content reaches all of Peru and the world for free, as has been happening since the beginning of the pandemic.

In the same line of work, the Gran Teatro Nacional has been preparing a call to identify projects that revalue and make visible the demonstrations of Intangible heritage of the Andean and Amazonian indigenous peoples and the Afro-Peruvian community.

Likewise, artistic projects that promote the use of native languages, and also of artists and groups residing in the different regions of the country.

With actions like this, the economic reactivation in the cultural sector continues and favors musicians, technicians, cameramen, dancers, makeup artists and their families, who have been affected by the lack of activities since the state of emergency began in March 2020.

The Creole singer Bartola, the artist Tito Manrique & Cosa Nuestra, Cecilia Bracamonte, Diosdado Gaitán Castro, Cumbia All Stars and Rafo Ráez have already performed at the Gran Teatro Nacional, as well as the musical group Raíces de Jauja, whose presentation was attended by the minister. of Culture, Gisela Ortiz.