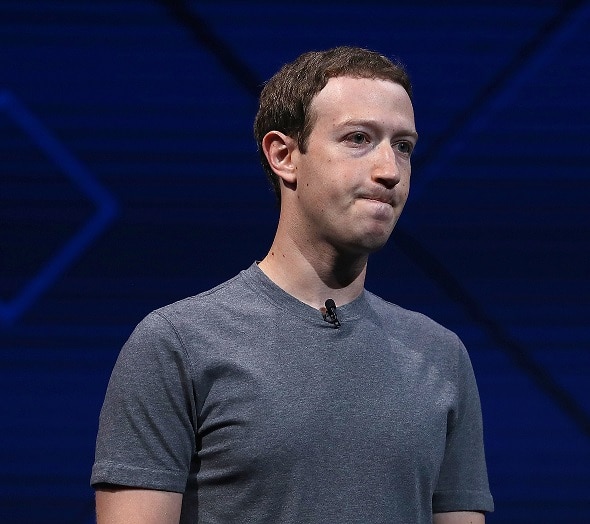 Asked about Apple’s privacy changes to iOS 14 at an event, Mark Zuckerberg said, “Apple has made some privacy changes to its iOS 14. It will benefit Facebook. Many companies around the world will use Facebook’s platform to trade and transact. This is because Apple’s new policy will make it harder for companies to find and use their customer data. ”

Mark Zuckerberg also said that Facebook is working on focusing on the transactions of small businesses and updating their transactions.

Apple has repeatedly criticized Facebook for collecting user data and using it for advertising. Apple has introduced a special feature to prevent misuse of their users’ private data. Facebook had expressed displeasure over this as it would have a direct impact on Facebook’s revenue.

Earlier, Apple had announced that it would bring a new feature iOS 14 to the market. The purpose of this feature is to make users’ private data more secure. According to him, any other app along with Facebook will now have to get the permission of the users before using the data in Apple. Facebook has always been accused of using users’ data without asking them through WhatsApp, Instagram and Facebook Messenger, hitting users with advertisements through that data and generating huge revenue through it.

Facebook violates privacy
Apple’s revenue does not depend on advertising. It comes through their App Store and Device Products. Facebook’s revenue depends on its advertising. Therefore, a large amount of private data of users is collected from this company. He has been repeatedly criticized by Apple. Apple has previously accused Facebook of playing with the privacy of its users.

It’s okay if Facebook only collects users’ data through their app, but Apple’s objection is that Facebook collects data through phones, computers, TVs and others. Apple has previously accused Facebook of using data without asking its users for permission.

Facebook has publicly expressed its displeasure over Apple’s new feature. This could jeopardize the interests of small businesses, Facebook said.

Apple’s opinion is against this. The private data of your users is important to you. Apple has made it clear that users need to know how their private data is collected from different apps and websites and how it is used.

With the new ‘App Tracking Transparency’ in iOS 14, Facebook will no longer be able to easily track users and place targeted ads. To do so, Facebook must first obtain user permission.