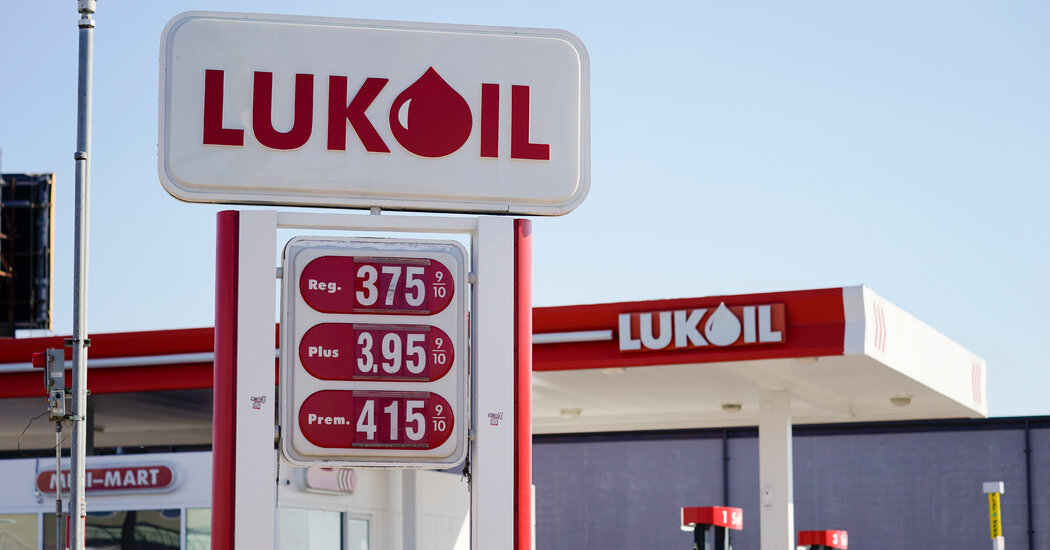 Lukoil, a Russian oil company, calls for an end to the Ukraine war

The statement most likely reflects the company’s desire to protect its extensive overseas operations, which include a network of more than 200 franchised gas stations in states such as New York and New Jersey. Lukoil is one of the most recognizable Russian brands in the United States.

Several lawmakers in Washington are pressuring the Biden administration to ban purchases of Russian oil by American companies and impose sanctions on Russian energy companies. Shares of Lukoil on the London Stock Exchange have fallen more than 40 percent since mid-February.

Lukoil has projected a more independent image than Rosneft, the state-controlled company that has long dominated the Russian oil industry. Lukoil was founded in 1991 as a state-owned enterprise as the Soviet Union was falling apart. The company went private in 1993, and seven years later it acquired an American company, Getty Oil, which gave Lukoil a network of US filling stations.

“We stand for the immediate end of the armed conflict and duly support its resolution through the dialogue process and through diplomatic channels,” Lukoil said in a letter to shareholders on Thursday.

It was not clear whether the move was a sign that executives from Russia’s largest private enterprise were breaking ties with Putin, or whether mainly Western leaders, business partners and customers to continue doing business with the company. There was an attempt to persuade.

“It says they realize it will be difficult for them to engage in international commerce, let alone retailing in the US,” said Tom Kloza, global head of energy analysis at Oil Price Information Service. “I would call a Russian brand for gasoline the equivalent of the Scarlet Letter of the 21st century.”

While petroleum products are the largest Russian import to the United States and Europe, Russian products and sports teams have become pariahs. Several states have banned the sale of Russian vodka, and restaurants, stores and bars across the United States have removed Russian spirits from their shelves.

Lukoil stations in the United States sell fuel produced in several countries, including the United States. They operate as independent franchisees, and make up a small fraction of Lukoil’s operations. The company has subsidiaries in approximately 30 countries, including those involved in oil and gas exploration and production in Azerbaijan, Egypt, Colombia and Iraq. The company’s largest reserves are in Russia, especially in Western Siberia.

In its letter to shareholders, Lukoil stated that it “makes every effort to continue stable operations in all countries and regions of its presence, while fulfilling the main mission – to provide reliable energy supply to consumers around the world.” does.”